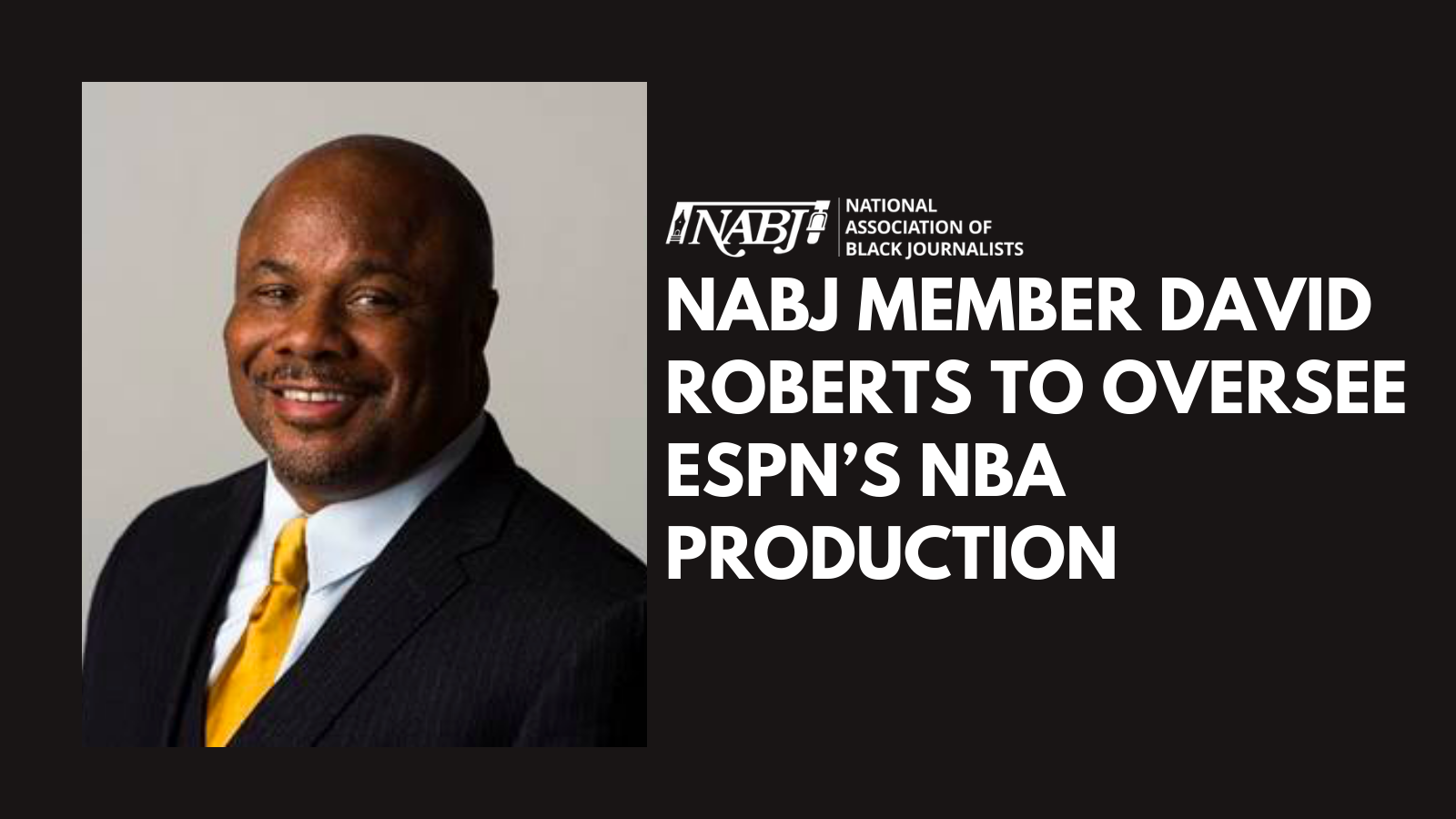 David Roberts (a longtime NABJ member) will lead ESPN’s NBA production, including event and studio, adding to his expansive collection of content responsibilities, it was announced yesterday by James A. Pitaro, Chairman, ESPN and Sports Content.

On Roberts’s appointment, NABJ Executive Director Drew Berry noted: “This is great news for a longtime NABJ member who has worked tirelessly on diversity, equity, and inclusion for many years.  This is especially delightful in light of our recent discussions with ESPN. This is a major step forward.”

As part of his NBA role, Roberts will oversee production for all regular-season and NBA Playoffs games, punctuated by the NBA Finals; the NBA Draft, NBA Countdown and The Jump. He will continue to lead production for First Take, the 6 p.m. ET edition of SportsCenter, Get Up, PTI, Around The Horn, ESPN Audio content and ESPN digital shows, among other properties.

“David Roberts brings both a proven track record of success and an innovative perspective,” Pitaro said. “We’ve seen what he and his teams have accomplished and look forward to David bringing his expertise and creativity to the NBA team.”

Roberts said: “The NBA is immensely popular and its stars are among the most recognizable in all of sports and popular culture. There are incredible storytelling opportunities every day in the NBA and I’m excited to work directly with so many talented people – on camera and behind the scenes – to serve the passionate and knowledgeable NBA fanbase.”

Roberts will report directly to Pitaro on the NBA category, while continuing to report to Norby Williamson, Executive Vice President and Executive Editor, Production, in all other areas.