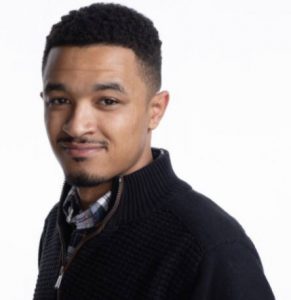 DeMario Phipps-Smith, a 2014 graduate of Southern Illinois University, is headed to Northwestern University this summer to further his education. He’s been accepted into the Medill School of Journalism’s Master’s program. His focus will be Media Innovation and Digital Strategy.

“I was excited to join this program because I envision it as a jumping point into media and newsroom leadership. Many journalism programs across the country train students to be better writers, reporters and storytellers, but there are few that concentrate on the multifaceted skill set necessary to run a media organization,” he said.

Currently, Phipps-Smith is a news writer for “Blavity,” a digital media company focusing on Black Millennials. Phipps-Smith is also a Social Change Communications Fellow for West Side United, whose mission is building community health and economic wellness on Chicago’s West Side. 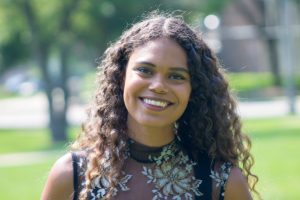 Cheyanne Daniels is a 2020 graduate of North Central College. She’s been accepted into Northwestern University’s Medill School of Journalism’s Master’s program. Her focus will be Politics, Policy and Foreign Affairs.

“My goal as a professional journalist is to be what the public needs: the truth-bearer, the one who amplifies the voices of the disenfranchised, the one that closes the ever-growing distance between constituents and the politicians that represent them,” she said.

While at North Central College, Daniels reported for the college’s “The Chronicle News Magazine” and for WONC-FM89 News. 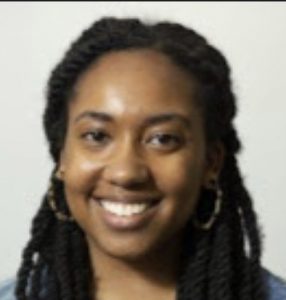 Lauren Leazenby, a senior at Columbia College, is the president of her college’s student chapter of NABJ.

“I started as a general member looking for a place to connect with other black journalists on campus, but it quickly became a passion of mine,” she said.

Outside of NABJ, she serves as the editor of “Chicago Talks” and is a staff reporter for the college’s student newspaper, “The Columbia Chronicle.” This summer, Leazenby is interning on the entertainment desk of the “Chicago Tribune,” and is looking forward to landing a job in the industry after graduating this fall.

Want to support the next generation of journalists? 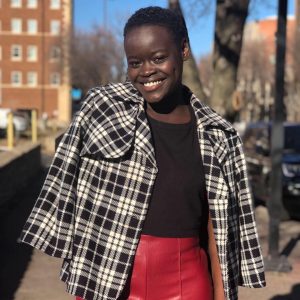 In honor of Dorothy Tucker taking the helm as the 22nd President of the National Association of Black Journalists, the NABJ Chicago Chapter named and awarded a scholarship in her honor to a Northwestern University Medill School of Journalism student in need.

Emma Evans, a junior at Northwestern, was awarded the scholarship on September 25, during a reception honoring Tucker in downtown Chicago. Evans is studying abroad in Morocco this semester and could not attend the event but sent a video message thanking the organization. Medill Dean of Students Charles Whitaker accepted the award on her behalf.

“As a low-income student, I would never have dreamed of having the opportunities and experiences that I’ve had, like studying abroad in Morocco or even attending a university and studying Broadcast Journalism,” Evans said in the Video message. “It’s because of amazing organizations and people like you that I’m able to do so.”

In addition to pursuing her studies, Evans is a Reporter for the Northwestern News Network, where she writes, shoots, edits and fronts stories live. She is also a Contributing Writer for Northwestern’s Blackboard Magazine and was previously a Press Core Instructor at the Gary
Comer Youth Center in Chicago.

Evans, a Kansas City, Kansas native, is also a member of the Northwestern University Chapter of NABJ and the Black Student Union, among other groups. The scholarship is also named after former NABJ President and legendary Chicago Sun Times journalist Vernon Jarrett. Tucker and Jarrett are the only NABJ Chicago Chapter members to lead the national organization. Tucker is an alumna of Northwestern, and therefore the chapter decided to award the scholarship to a deserving Wildcat.

Funds for the Vernon Jarrett/Dorothy Tucker NABJ Presidential Scholarship were provided by ComEd and CBS 2 Chicago. 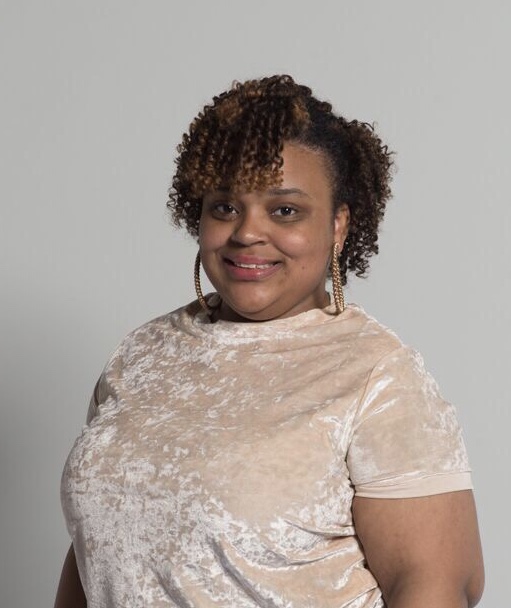 Daikira L. Brown-Turner is a student at National Lewis University who wants to be a voice for minority communities. Her journalism experience includes working as the lead content editor at MELT magazine, where she’s described as the first student in her cohort to take on stories that challenged the status quo, and an intern in Free Spirit Media’s Industry Pathways Program, where she was seen as a thoughtful, talented, and diligent addition to the team.

Brown-Turner’s passion lies in stories she sees as overlooked and has worked on large projects such as her investigation into the impact of Chicago Public School closings.

“I hope by sharing these stories that it brings some change to the world,” she says. “I will hope that the stories that I tell show people that they are not alone and that there is someone out there who truly cares about them.” 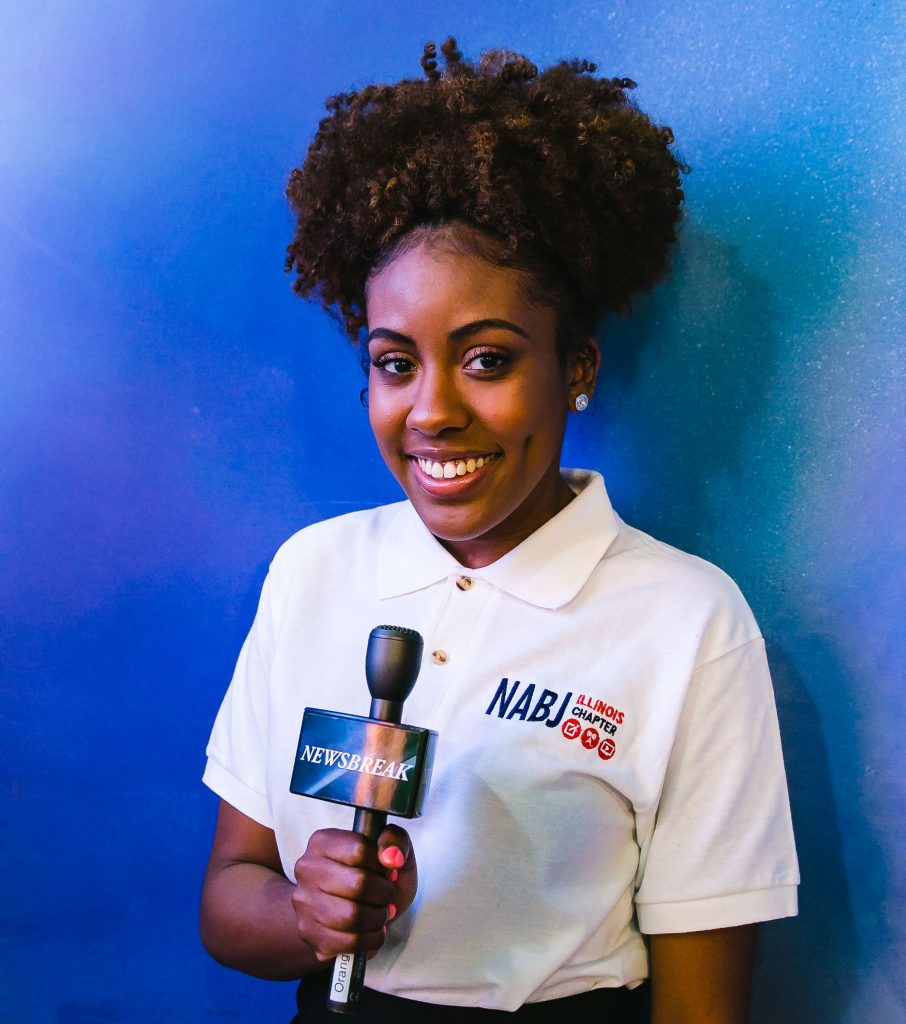 Bobbi McSwine is a student at the University of Illinois. McSwine’s professors describe her as an enthusiastic and talented journalist who excels at multimedia projects, collaborating with teams, and reporting. She’s worked as an intern at ABC7, The TRiiBE, Champaign’s WPGU, and Free Spirit Media among other work experience.

She’s a member of U of I’s NABJ chapter where she currently serves as president as well as a member of Alpha Kappa Alpha Sorority and the National Society of Collegiate Scholars.

“As a woman of color from an underserved community, I have long been interested in finding ways to help my neighborhood and those surrounding me,” McSwine says. “I plan to do this by telling stories that show the true character of these areas.” 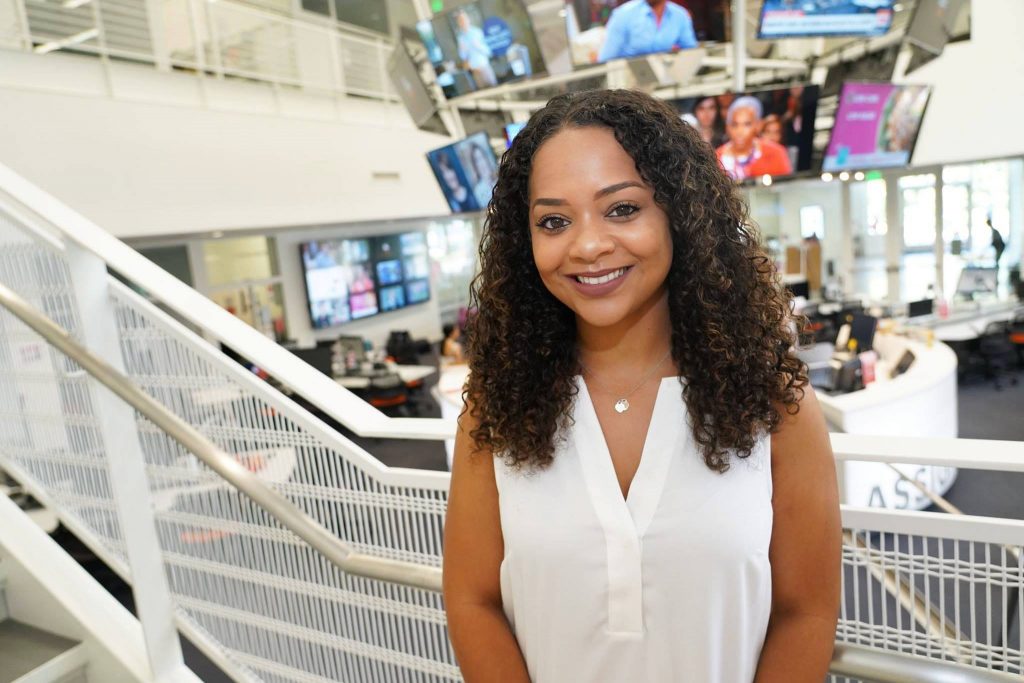 Tallie Spencer is a graduate student at the University of Southern California working toward a master’s degree from the Annenberg School of Journalism. She received a bachelor of arts degree from Loyola Marymount University in May 2018, and her professors there describe her as an impressive interviewer who’s tapped into the social dimensions of journalism and who has never missed a deadline.

Among her past work experience, Spencer has interned at NBCUniversal’s E! News at at Fox Broadcasting Company. She was a founding member of the student group working to build a full student chapter of the National Association of Black Journalists at LMU.

“The fight for a just and equitable media system is essential to any struggle for racial justice,” Spencer says. “It’s much harder for injustice to prevail without the support and participation of a popular press.” 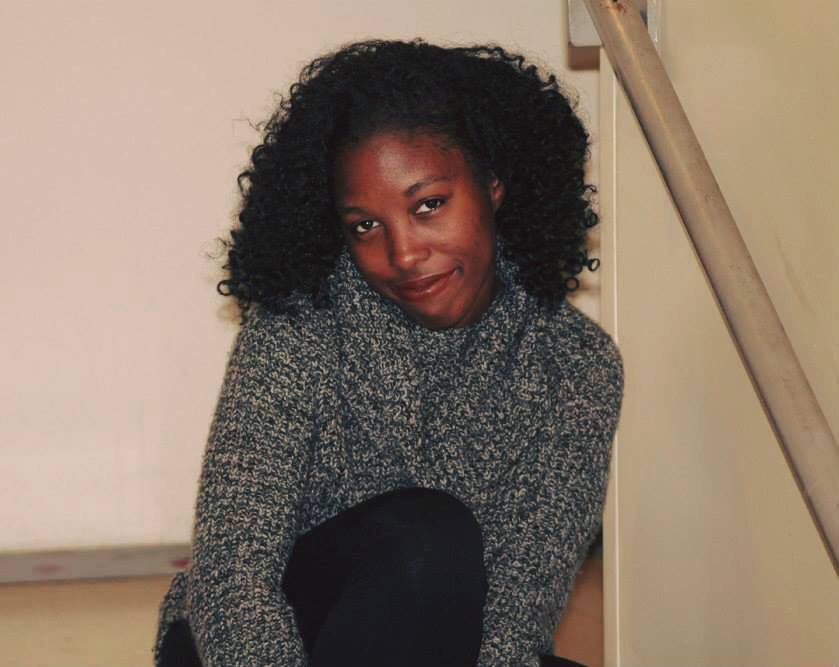 Ebony Ellis is a student at DePaul University. Ellis has an associate’s degree from Harold Washington College, where she wrote for the school newspaper, and is a reporter at Free Spirit Media’s The Real Chi where she’s shown great adaptability skills, leadership, and patience in the newsroom. In the classroom, Ellis shares her own struggles and successes through her journalism work and is not afraid to go outside of her comfort zone.

“I realized that civic engagement does not have to be this huge, political, or radical act,” Ellis says. “For me, writing about my community and communities alike can be a form of civic engagement.”

She also worked as a production intern for WYCC PBS Chicago and was an America Needs You fellow in a leadership training program for first-generation college students.