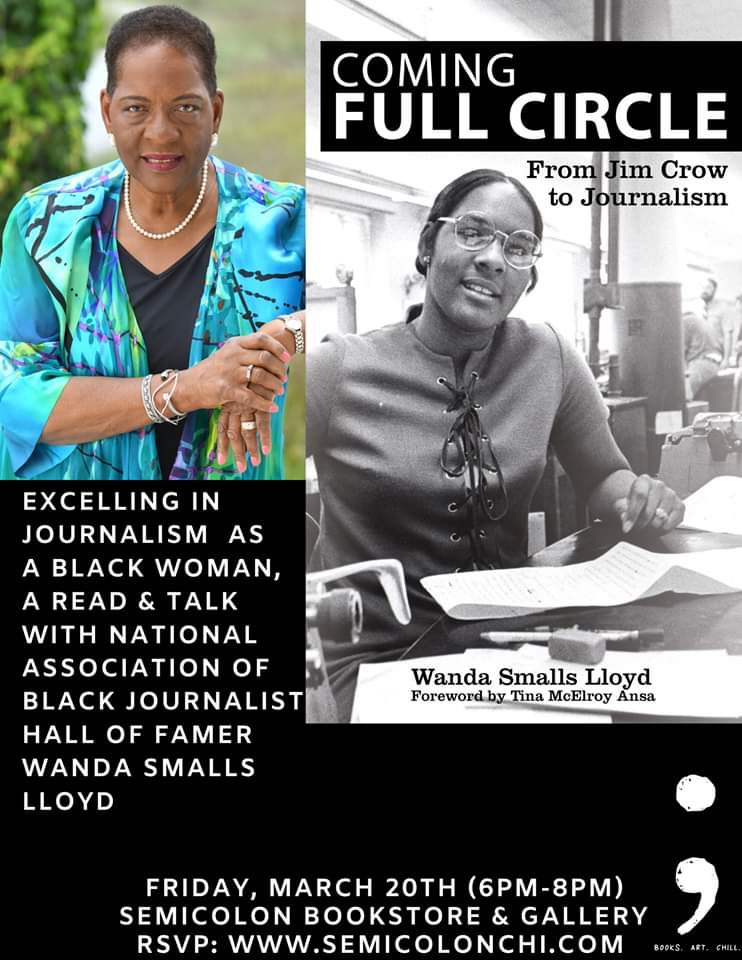 NABJ Hall of Famer Wanda Lloyd will be in Chicago this month for a FREE talk on her new book, “Coming Full Circle: From Jim Crow to Journalism.”

Wanda Lloyd is an alumna and former trustee of Atlanta’s Spelman College, which awarded her a 2016 honorary doctorate. She has been a four-time juror for the Pulitzer Prize. She was the founding executive director of the Freedom Forum Diversity Institute at Vanderbilt University, has served with the Accrediting Council on Education for Journalism and Mass Communications, and is a former director of the American Society of News Editors (ASNE). In 2019 Lloyd was inducted into the National Association of Black Journalists Hall of Fame.

Lloyd’s memoir recounts the story of how she was able to excel in a profession were high-ranking African American women were/are rare while exploring the intersection of race, gender, culture, and the media. Karen Jurgensen, former editor of USA Today, says, “Wanda Lloyd is a consummate storyteller who has always lived a life of purpose devoted to diversity and community. Her memoir is a rich, inspiring tale about race and gender in twenty-first century America.”