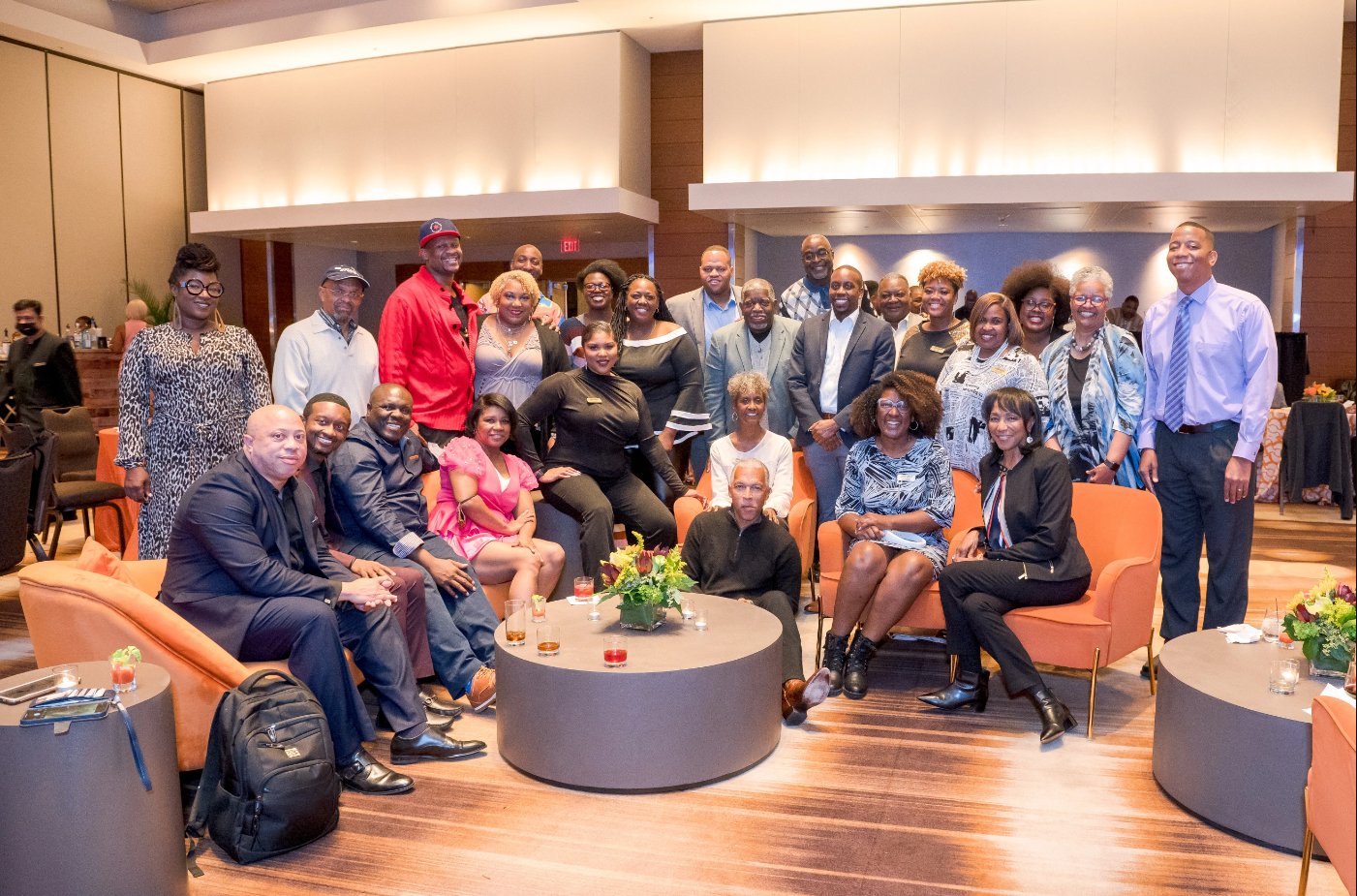 On the evening of October 22, NABJ Founders, former and present Board members, members from around the country, family and friends, and industry colleagues gathered in Atlanta at the Marriott Marquis to surprise NABJ President Dorothy Tucker with a celebration of her 45th year in the news industry as a broadcast journalist.

A Chicago native, Tucker has been a reporter for CBS2 Chicago since 1984. An award-winning investigative journalist, she joined CBS2 Chicago from KDKA-TV in Pittsburgh, where she worked as a general assignment reporter and talk show host. Prior to that, Tucker worked at KWGN-TV in Denver as a general assignment reporter. Previously, she was a reporter and weekend anchor at WREG-TV in Memphis. (1979-80). Tucker began her broadcasting career in Peoria at WMBD-TV, after serving as an intern at CBS2 Chicago in 1977.

NABJ members and industry colleagues shared words of reflection and encouragement about Tucker’s career and impact via video and throughout the event, which was also a reception to network and connect with local NABJ members in the area.

Tucker and NABJ Board members were in town for the organization’s annual fall Board meeting and advocacy visits at local media companies.

In response to the surprise, Tucker said her “45 years were made possible with the support of family, friends, community, and NABJ sisters and brothers.”

Members and colleagues celebrated Tucker as a “phenomenal leader, mentor and friend.”

View all the photos from the event here.