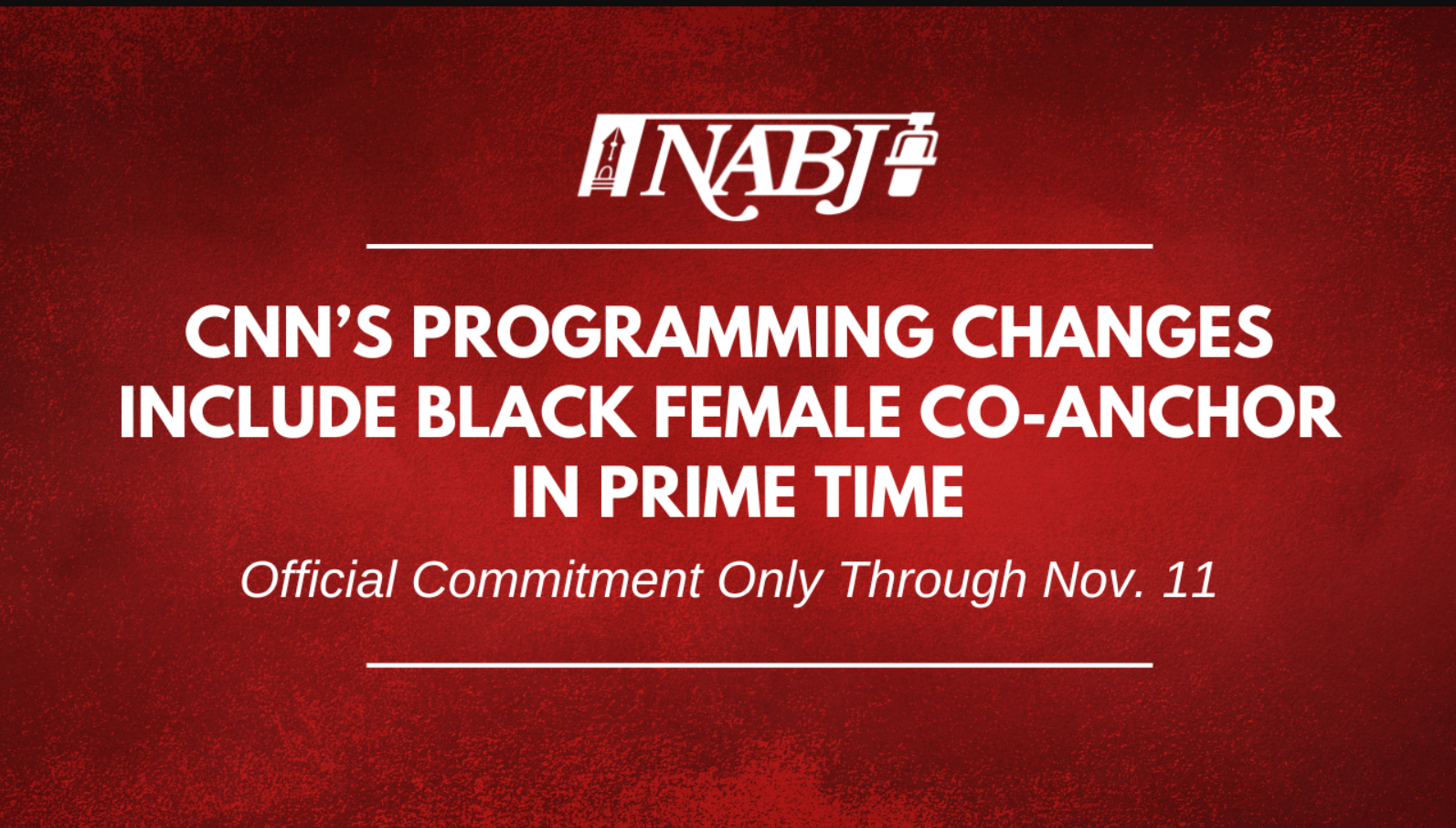 Official Commitment Only Through Nov. 11

In what is positioned as a way to build on its midterm elections coverage, CNN has named Senior Legal Analyst Laura Coates as a co-anchor for the 10 p.m. – 12 a.m. ET time slot, from Oct. 10 to Nov. 11.

CNN is not disclosing what happens after Nov. 11. Specifically, the network has not disclosed if Coates, the second Black female anchor on cable in prime time during that period, will remain in that position and slot. MSNBC’s Joy Reid is the only other Black anchor in prime time on cable.

“NABJ congratulates Coates on her new role. However, we continue to advocate for a ‘permanent’ role for a Black anchor in CNN’s prime-time programming. We are hopeful that such a commitment and announcement will be made at the conclusion of this interim appointment,” said NABJ President Dorothy Tucker.

In a statement regarding the appointment, CNN says it is part of a series of changes, which include CNN’s Jake Tapper anchoring a 9 p.m. show designed to “best serve its audiences for the midterm elections.” Tapper is currently chief Washington correspondent and anchor of “The Lead” and “State of the Union” at 4 p.m. ET.

CNN’s statement noted, “By adding the insights, experience and strong voices of Alisyn and Laura, we will advance and expand on that (midterm elections) coverage, creating something complimentary and compelling in prime time.”

Echoing the sentiment of President Tucker, NABJ Vice President-Broadcast Ken Lemon said, “We are watching with great interest what happens after this interim period because we know, along with Coates, there are a number of well-qualified and respected Black on-air talent, who are more than capable of filling those roles. We are willing to work with CNN in the process.”