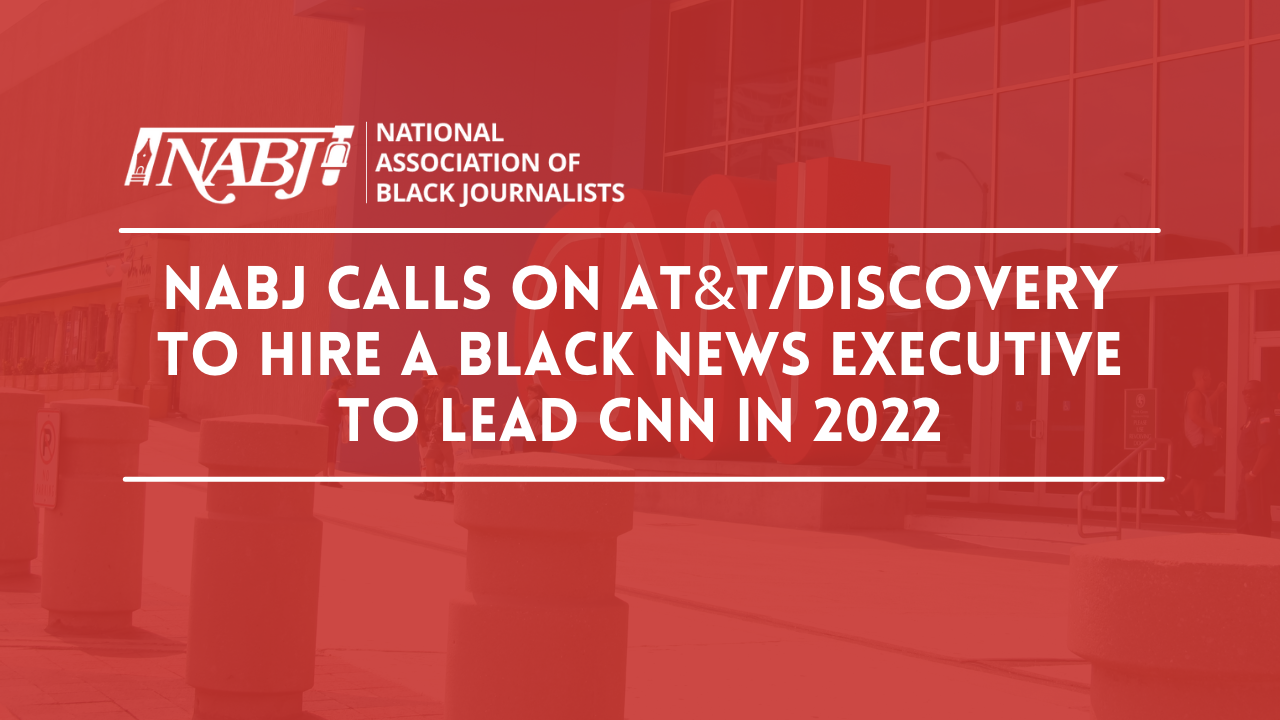 With Jeff Zucker’s resignation as head of CNN due to a consensual relationship with a fellow employee, the National Association of Black Journalists (NABJ) is calling on the leaders of AT&T, WarnerMedia and Discovery to assemble a strong, diverse group of candidates and replace him with a Black CEO.

There are numerous African Americans with the requisite skills to lead CNN and Turner Sports, both divisions of WarnerMedia, and it’s imperative that AT&T and Discovery, which will run the company once their merger is complete, make it clear that diversity is a priority.

“We have seen a sea change in the media industry in the last year,” said NABJ President Dorothy Tucker. “Companies have had to examine themselves and confront their biases in hiring, promoting, and retaining African Americans, minorities, and women. We have welcomed Rashida Jones as president of MSNBC, Kim Godwin as president of ABC News, and Kevin Merida as the top editor of the Los Angeles Times. But we are not satisfied. More needs to be done, including at CNN.”

In his nine years helming CNN, Zucker had a rocky relationship with NABJ and a less than stellar record regarding senior management diversity. He named several African Americans to on-air roles, including a prime-time host, but it took decisive action by NABJ to get him to add Black executives to the leadership ranks.

Due to Zucker’s intransigence in meeting with us to discuss the lack of Black executives, NABJ placed CNN on a special media monitoring list. We made it clear that we were not satisfied with the network having no Black vice presidents, senior vice presidents, executive producers, or direct reports to Zucker.

After our continued pressure, along with other Black organizations publicly rebuking Zucker and CNN, he finally acquiesced. Over the next five months, he named four highly qualified Black executives to high-ranking, key positions within CNN that have a major impact on the network’s content.

NABJ wants CNN and the industry to keep moving forward, making it clear that Black journalists can indeed advance in media companies, even to the top job.

We know that AT&T, the parent company of WarnerMedia, is spinning it off and moving forward with a merger with Discovery Networks. Once completed, AT&T will own 71% of the company, and Discovery will own 29%, and be run by Discovery’s David Zaslav.

NABJ will be seeking a face-to-face meeting with AT&T CEO John Stankey, Discovery’s Zaslav, and WarnerMedia CEO Jason Kilar to discuss the next leader at CNN.

We stand ready to present the company with a list of NABJ members who are more than qualified to take on the task of running CNN and Turner Sports.