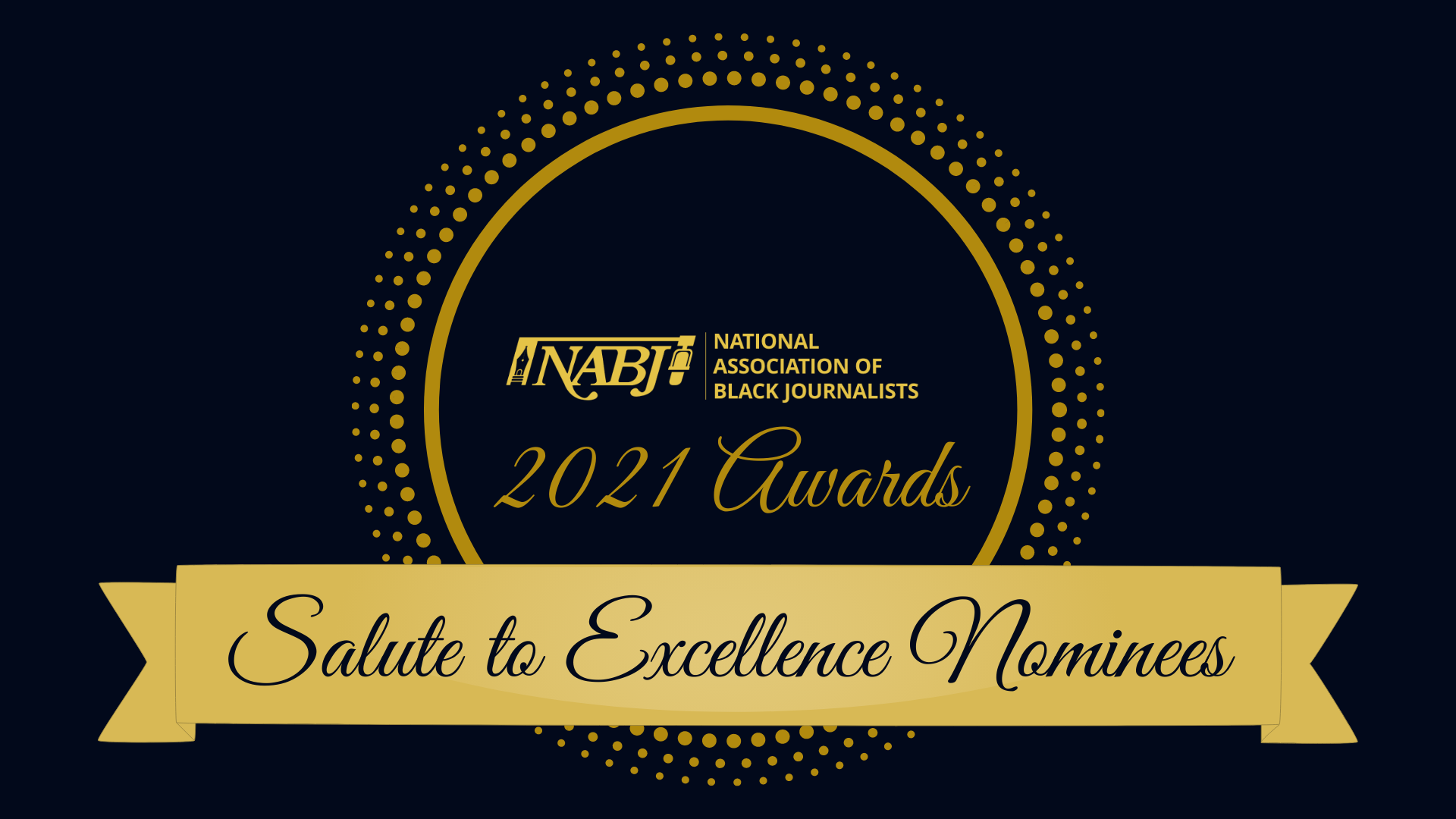 Each year, the National Association of Black Journalists (NABJ), via its distinguished Salute to Excellence Awards, recognizes journalism and communications that best cover and communicate the Black experience or address issues affecting the worldwide Black community.

The judges’ nominations for NABJ’s 2021 Salute to Excellence Awards are in!

Listings for nominees in the categories of Digital Media, Newspaper, Magazine, Television, Photojournalism, Podcast, Radio, PR & Marketing, and Collegiate Media are available below. Entries were judged on content, creativity, innovation, use of the medium, and relevance to people or issues of the Black Diaspora.

Winners will be announced during a virtual awards ceremony on December 4, 2021. The reception begins at 7:30 p.m. ET and the ceremony begins at 8 p.m. ET. The after-party, featuring a live DJ, will begin at 10 p.m. ET. Tickets for the free event, which will include special guests and entertainment, can be reserved at nabjawards.vfairs.com. The awards ceremony is presented by FedEx and sponsored by Caesars Entertainment.

“We are proud to end 2021 with a celebration of Black journalists and communicators who have worked tirelessly to tell our stories, and inform and empower communities — especially during such a tumultuous time,” said NABJ President Dorothy Tucker. “We are grateful to our judges and staff who have worked around the clock to prepare the nominations and our upcoming awards event. We invite anyone who wants to celebrate good and impactful journalism and communications to join us in December for a spectacular event.”

To ensure NABJ’s numerous honorees and award recipients are recognized during the course of the awards event, some Salute to Excellence winner announcements will be made during the program, while others will be made during the pre-event reception on December 4. Winners will also be announced via NABJ’s website after the close of the ceremony. Please stay tuned to all platforms. Nominees and winners are encouraged to celebrate their recognition using #NABJAwards on social media.

Only work originally published or broadcast during the judging period of January 1, 2020 through December 31, 2020 was eligible for consideration.

*Nominees who have questions or corrections regarding their listings may contact awards@nabj.org by Wednesday, November 3, at 5 p.m. ET. Corrections will not be made after the deadline.