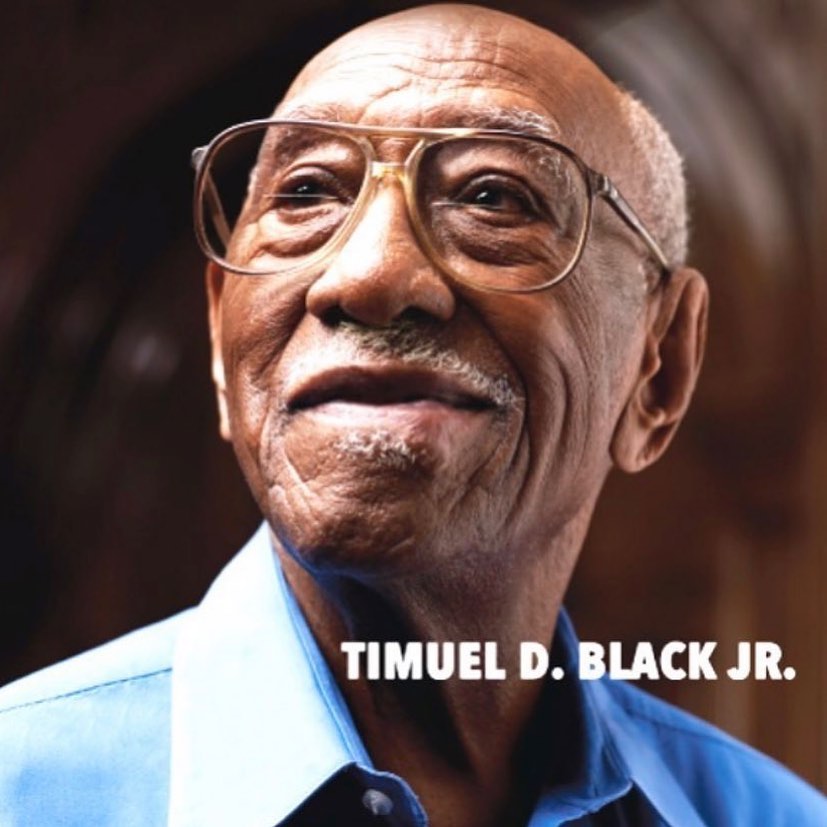 NABJ CHICAGO is heartbroken to learn of the passing of Professor Timuel Black. Though Professor Black spent the bulk of his professional career as an educator and social worker, the impact of his life and work reverberates beyond the four walls of any classroom. Professor Black was both a Chicago institution and a national treasure, well-versed in the history of our city and deeply invested in the movement to improve the condition of Chicago’s marginalized communities.

Born in the segregated south on December 7, 1918, Professor Black became a part of history almost instantly, when he and his family fled Birmingham, AL and moved to Chicago in 1919, during the Great Migration. The Black family settled on Chicago’s South Side, making their home in the city’s “Black Belt,” an area of the city where most Black residents were made to live.

Though the Black Belt was a largely segregated urban community, being raised there was an experience Timuel remembered fondly, saying in his community “there were always jobs,” and that if someone didn’t want to hire him he’d be willing to “organize and put you out of business.” The spirit of advocating for action would be with Professor Black throughout his life and educational pursuits, as he’d go on to do everything from obtain a Master’s Degree from the University of Chicago to march alongside Dr. Martin Luther King, Jr.

And of course, as is especially dear to our hearts as professional journalists, Professor Black was also a prolific writer, having written a number of works chronicling the Migration of Black Americans to Chicago. Professor Black knew the importance of telling and sharing the stories of people of color–whose stories might otherwise have been forgotten. He also appreciated the power of media to help ensure that the voices of everyday people were amplified and those stories were preserved for all time. And we are forever indebted to Professor Black for his willingness to share what he learned from his many years as an educator, union organizer and civil rights advocate with journalists working diligently to tell the stories of our great city.

While we mourn Professor Black’s loss, we are grateful for the remarkable 102 years of life lived and a job remarkably well done. We extended our deepest condolences to Professor Black’s wife, Zenobia, his family and his many friends and associates on their loss and pray for their peace and comfort in the days ahead.