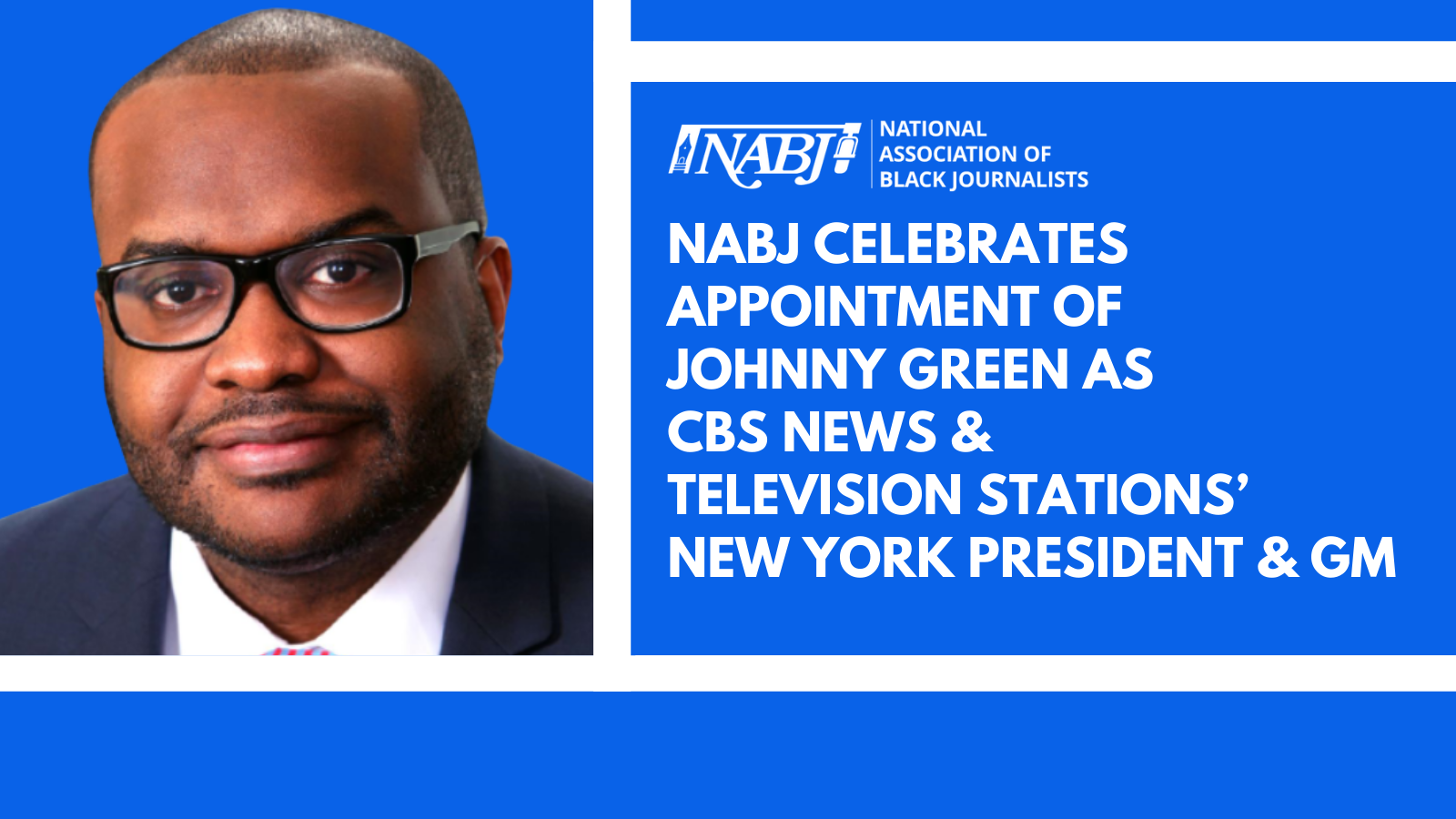 In August 2020, Green became VP of News Services at CBS News, where he oversees Newspath. Green is continuing in this role as he takes the helm of CBS’s New York City market.

The NABJ family celebrates Green’s elevation in the CBS company, as he has been charged with leading “station-wide team efforts to produce great content, serve our diverse communities across the Tri-State Area, and promote a positive workplace culture,” according to Wendy McMahon, president and co-head of CBS News.

Green joined CBS News after spending five years at WBZ-TV in Boston. Most recently, Green was Vice President and News Director. He joined WBZ in 2015 as Assistant News Director.

His work has earned several Emmy Awards. Also, during his tenure at WBZ, the station won an Edward R. Murrow Award for Overall Excellence. In a career that spans more than 20 years, Green has led the coverage on several major news stories, including the deadly Amtrak derailment in Philadelphia and the Merrimack Valley house explosions in Massachusetts.

Green began his career as a Producer at WCTI-TV in New Bern, N.C., before stops at WCNC-TV and WSOC-TV in Charlotte and WRAL-TV in Raleigh.

Green is a South Carolina native and a graduate of North Carolina Central University in Durham. He has one daughter.