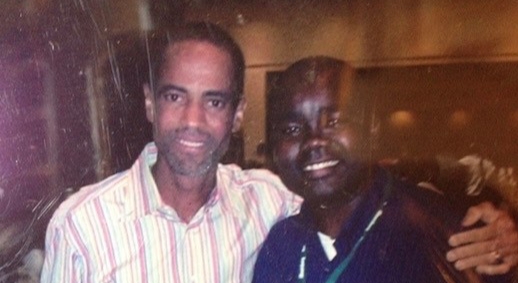 In 2005, the National Association of Black Journalists made history. At its winter Board meeting, held in a hotel conference room in the shadow of JFK Airport and in the middle of a deluge of snow, the organization affirmed its queer and trans journalists by approving the formation of the LGBTQ+ Task Force. This was 16 years after Thom Morgan was elected the organization’s eighth and first openly gay president. To some, the decision was blasphemous, a sign of equality for members of the NABJ family who didn’t need or deserve such recognition. To many others, it was a momentous occasion, one of those that doesn’t necessarily come with much fanfare but had an unspeakable impact.

By many accounts, the founding of the task force began NABJ’s formal efforts to make the organization more inclusive, to let Black gay, lesbian, bisexual, queer, and trans journalists know that it could be a home for them, too. Fifteen years later, President Dorothy Tucker continued this work by declaring “NABJ will be a safe space for all” in an open letter released to members last November.

Written in response to concerns raised by members of the LGBTQ+ Task Force, Tucker committed the organization to doing better by and for Black queer and trans journalists. The organization’s Code of Conduct and Anti-Harassment Policy was also updated to reflect sexual orientation in the existing categories of gender expression and gender identity and sensitivity training was conducted last December for the Board and made available to the membership.

In doing so, she marked what many have described to me, as the current co-chair of the Task Force along with Femi Redwood, as a hopeful new era for the organization. But even the need for such a statement by Tucker telegraphs that perhaps much hasn’t changed in the decade and a half since the Task Force was founded.

To find out, I revisited those earlier years, interviewing NABJers who were present along the Task Force’s now 16-year journey. Read them HERE.