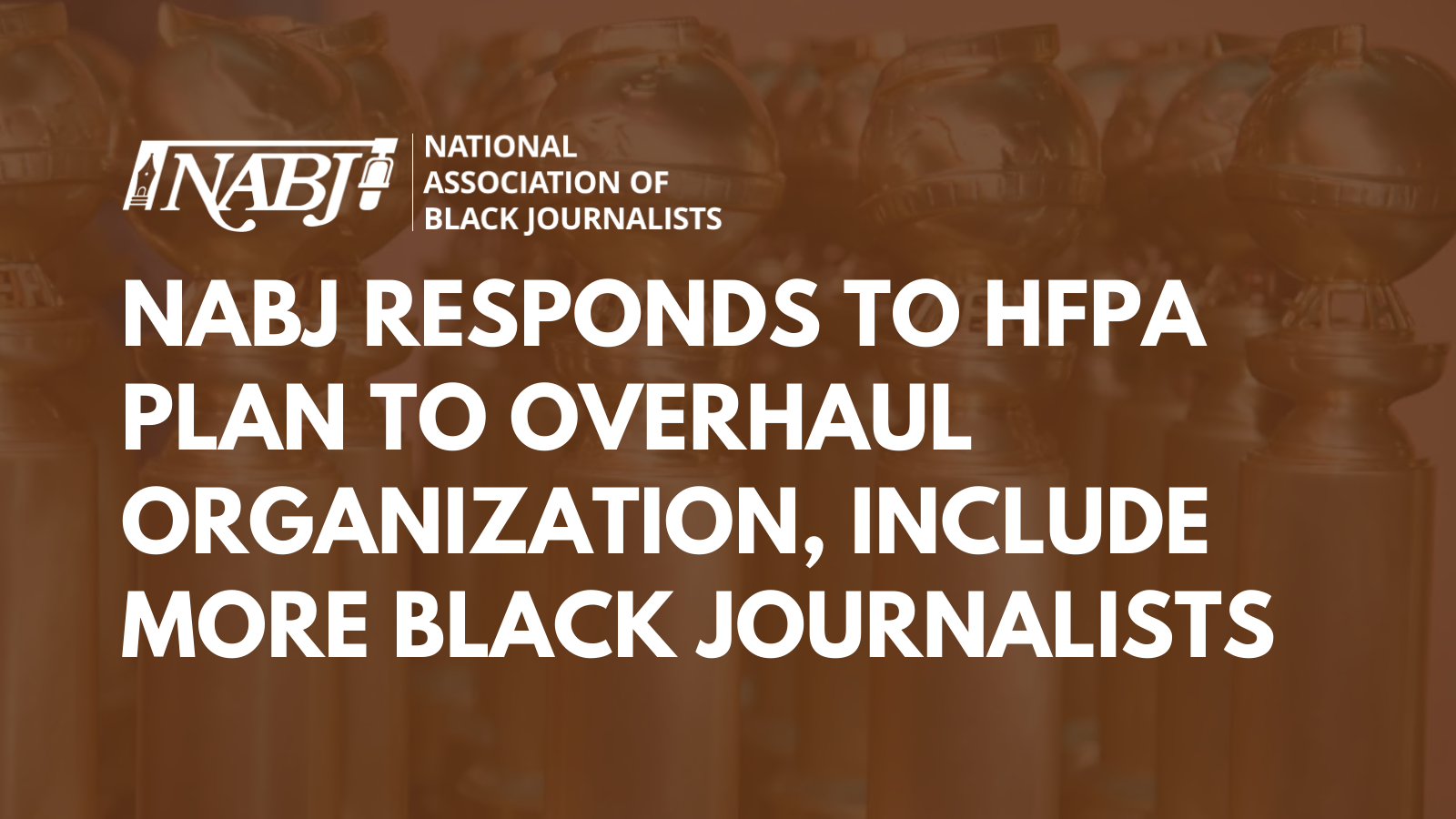 The Hollywood Foreign Press Association (HFPA) has announced its plans to launch some major, long-needed changes with an overwhelming majority of its Board voting today to approve a proposal to overhaul the organization.

NABJ is encouraged by the comprehensive plan billed by the organization as “transformational.” However, the NABJ Board feels it is premature for full applause until there is documented implementation of the numerous changes adopted by the organization. The HFPA has been under fire from NABJ, a number of groups and individuals after revelations that the organization has had no Black members over the past 20 years.

“If the changes are implemented as promised, the plan will indeed be transformational. We are committed to monitoring implementation and helping HFPA do what it says it will do,” said NABJ President Dorothy Tucker. “Too many times organizations say they are going to do one thing in the diversity, equity and inclusion arena only to fall short of expectations. We will be vocal and proactive in our actions on the progress and, if necessary, the lack of progress the HFPA makes in bringing its plan to fruition.”

The HFPA plan includes a number of changes sought by NABJ and others. Among the changes proposed are:

NABJ Vice President-Print Kathy Chaney underscored the importance of the HFPA using these reforms as an opportunity to recognize the role that Black journalists have always played in disseminating information about foreign and domestic films across the U.S. and beyond. “Our members are frequently asked to review foreign and U.S.-based films for film festivals throughout the nation and their critiques are sometimes picked up by foreign publications,” said Chaney. “If their work is good enough to be selected for publication, the writers should be considered for membership.”

NABJ Vice President-Broadcast Ken Lemon echoed Chaney’s sentiments, adding, “We implore the organization to hold true to these changes and to embrace the contributions that Black journalists around the world can bring to it.”

NABJ will provide regular updates on the progress HFPA makes in this major initiative and stands ready to be actively involved in seeing these changes through.“The actions of the HFPA are a good step. What we need to see is sustained, substantive action that will result in a changed organization,” said NABJ Vice President-Digital Roland Martin. “We are committed to ensuring that happens, and will remain vigilant in doing so.”