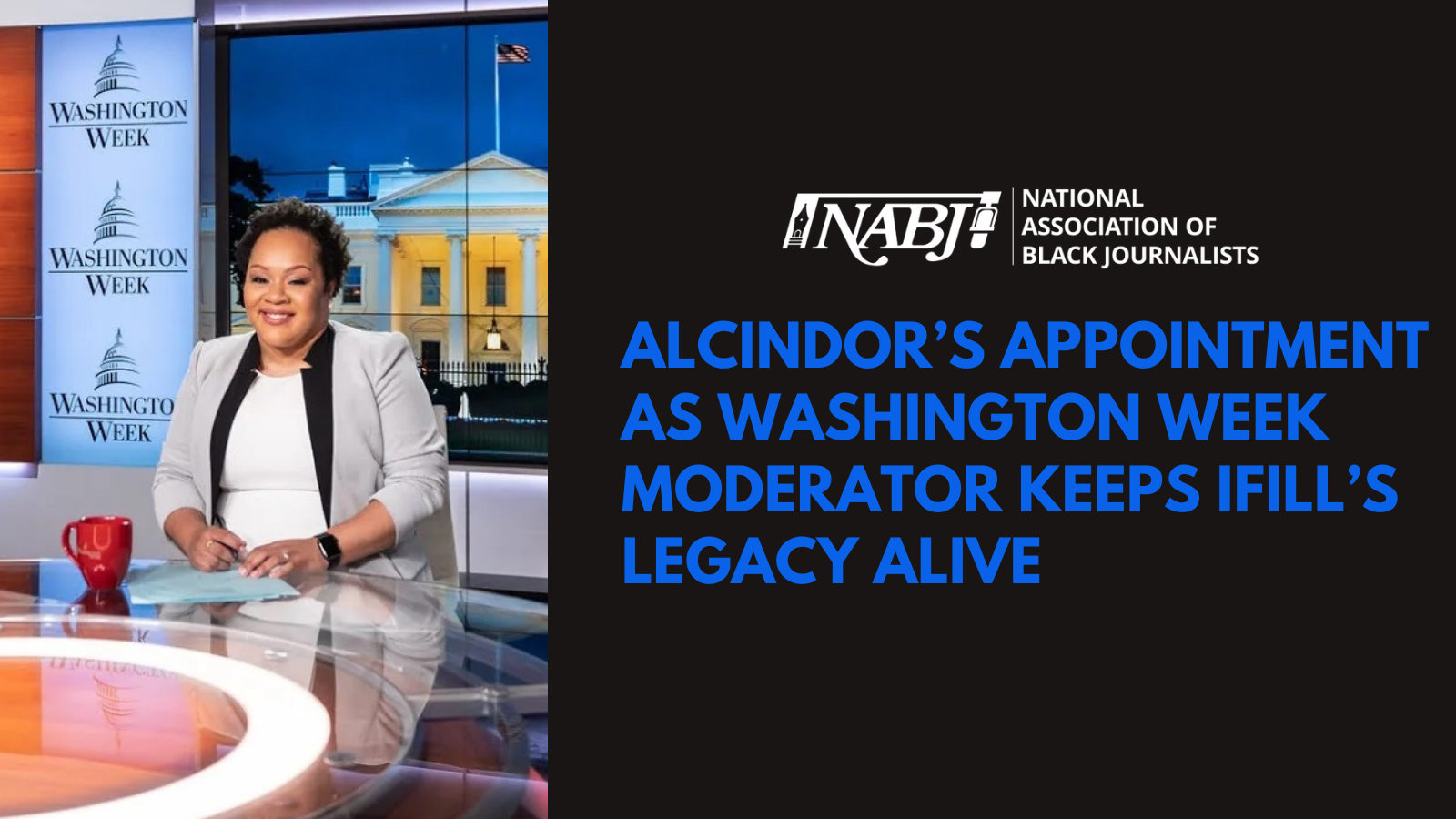 The National Association of Black Journalists (NABJ) applauds longtime member and its 2020 Journalist of the Year Yamiche Alcindor.

Alcindor has been named the moderator of PBS/WETA’s Washington Week, the longest-running primetime news and analysis program on television. The program has been recognized for its journalism excellence with a prestigious Peabody Award, among other honors.

Alcindor is currently the White House correspondent for PBS NewsHour, a position she will maintain, according to PBS. She is also a political contributor for NBC and previously worked as a reporter for USA Today and The New York Times. She officially joins Washington Week on May 7.

Alcindor follows in the footsteps of the late Gwen Ifill, who was a longtime NABJ member and moderated the program from 1999 until her passing in 2016.

“We are so proud of the work and contributions of Yamiche and how she continues to honor Gwen’s legacy through her achievements,” said NABJ President Dorothy Tucker. “This appointment is well-deserved, as it speaks to the important role she has played as a White House correspondent in ensuring that Americans receive their news from a fair and balanced perspective. She is also a great inspiration to aspiring and current Black journalists about what can be achieved with passion and commitment to your craft.”

She has also been honored with the Ifill Next Generation Award by Simmons University and NextGen Leader Award by the Georgetown Entertainment & Media Alliance. In tribute to Ifill, during Syracuse University’s Toner Prize ceremony, she was also honored in 2017.