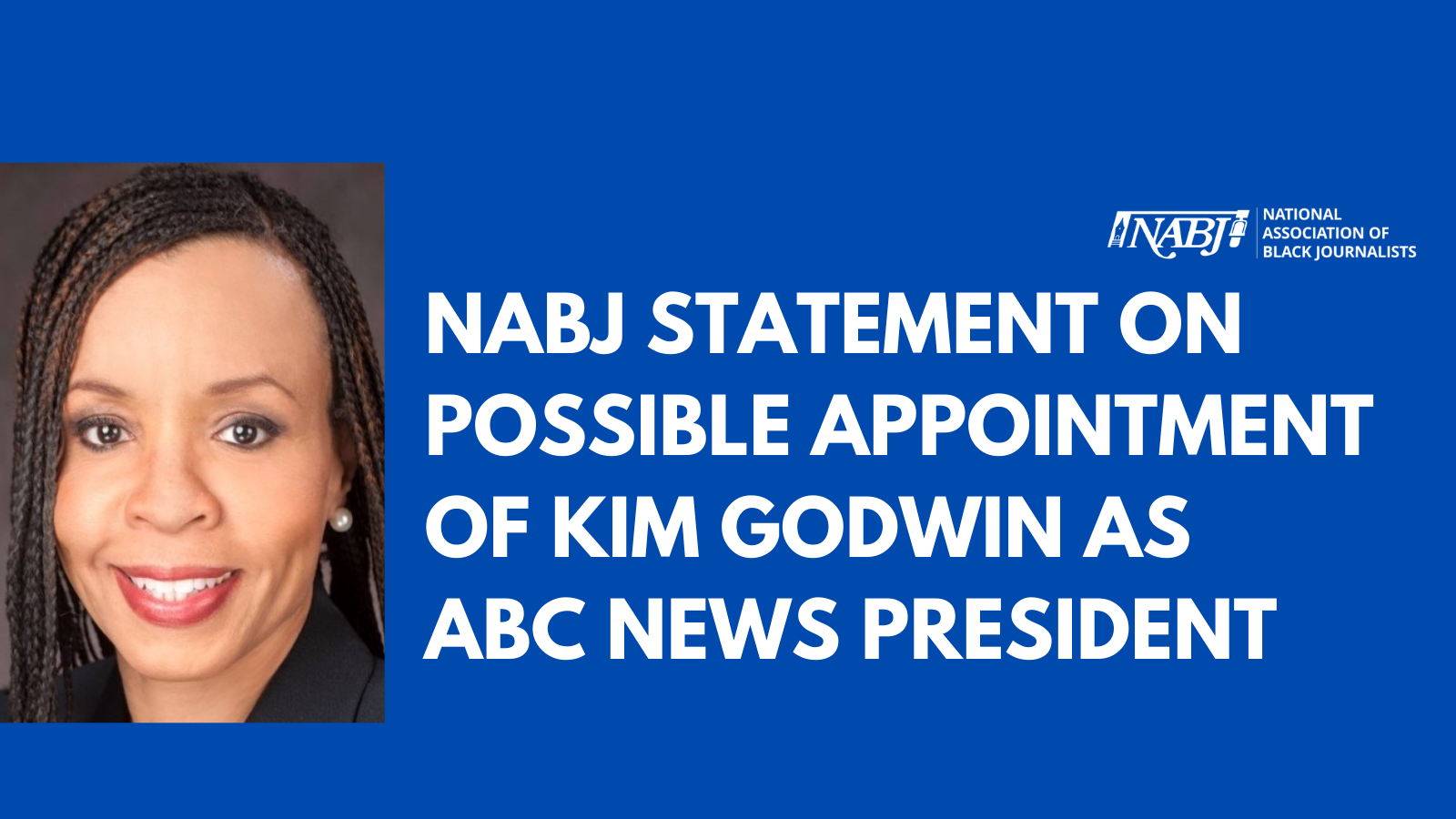 The National Association of Black Journalists (NABJ) is aware of and in touch with multiple parties regarding reports of CBS Executive Kim Godwin’s expected departure for a possible appointment as ABC News president. Ahead of confirmation, the news is met with jubilation among NABJ members and other stakeholders but also with serious concern by many CBS employees who feel they may be losing a powerful advocate for diversity, equity and inclusion.

Although no parties will officially confirm or comment on the reports, NABJ expects official comments very soon from ABC, CBS and Godwin regarding what we understand are highly sensitive developments.

If the developments officially come to fruition, NABJ applauds ABC’s CEO Peter Rice for taking the historic step of naming the first Black female president of a broadcast news network.

NABJ President Dorothy Tucker has a long track record of advocating for these kinds of and other appointments, but NABJ Board policy prohibits the President and other Board members from engaging in matters like this involving their own companies. President Tucker is also employed by CBS, the company that may lose Godwin. However, non-CBS Board members are publicly echoing the jubilation about the possible appointment.