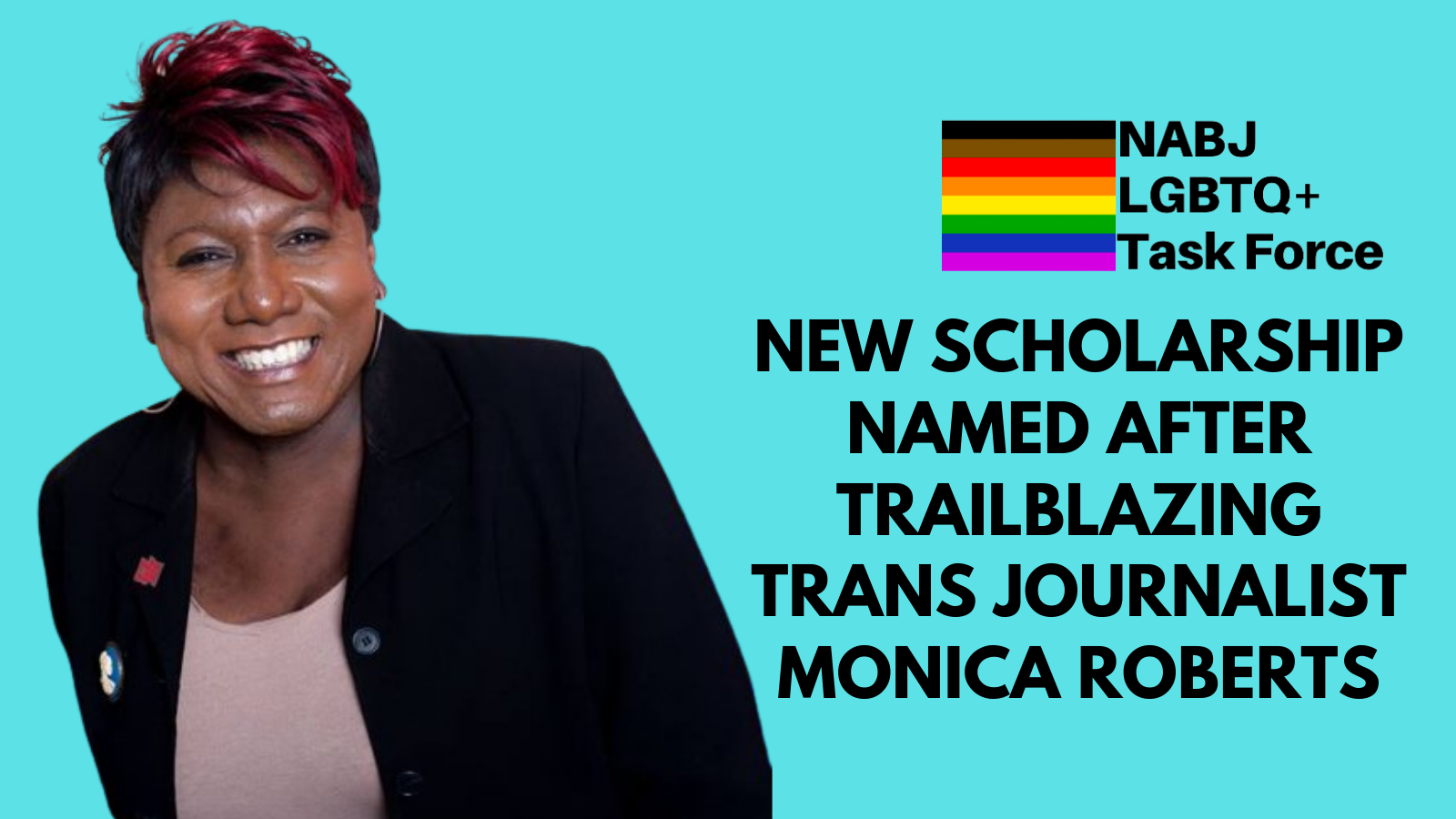 The Monica Roberts LGBTQ+ Task Force Scholarship is a newly established fund to support Black LGBTQ+ students studying journalism, mass communications, or otherwise interested in reporting and storytelling. It was conceived by the Task Force’s co-chairs Tre’vell Anderson and Femi Redwood and recently unanimously approved by NABJ’s Board of Directors.

Roberts, who used her blog, TransGriot, to cover the transgender community at a time when these stories were often being overlooked by mainstream media outlets, was a longtime member of NABJ. Unapologetic in her life and work, Roberts inspired generations of Black queer journalists while also serving as a possibility model to trans and non-binary professionals.

“When our industry finally stops misgendering trans folks and hyper-focusing on our traumas, we’ll be able to trace such a Promised Land to the efforts of Monica Roberts,” said Anderson.

After decades of advocacy through her journalistic endeavors, Roberts died unexpectedly in 2020 at 58 years old.

“Since I joined Tre’vell as co-chair of this Task Force, we’ve wanted to honor Monica for her work,” said Redwood. “It is our hope that by creating this scholarship in her name we cannot only do that but also support the next Monica and the next TransGriot.

”The Monica Roberts LGBTQ+ Task Force Scholarship joins the newly created Thomas Morgan III LGBTQ+ Task Force Grant. The grant is named after NABJ’s first openly gay president (1989-1991), whose support was integral in the founding of the Task Force as an organizational effort to affirm and support its trans and queer members.

The Task Force is asking for help in spreading the word about these exciting opportunities as they raise funds to support students. For those who are able, donations can be made by doing the following: