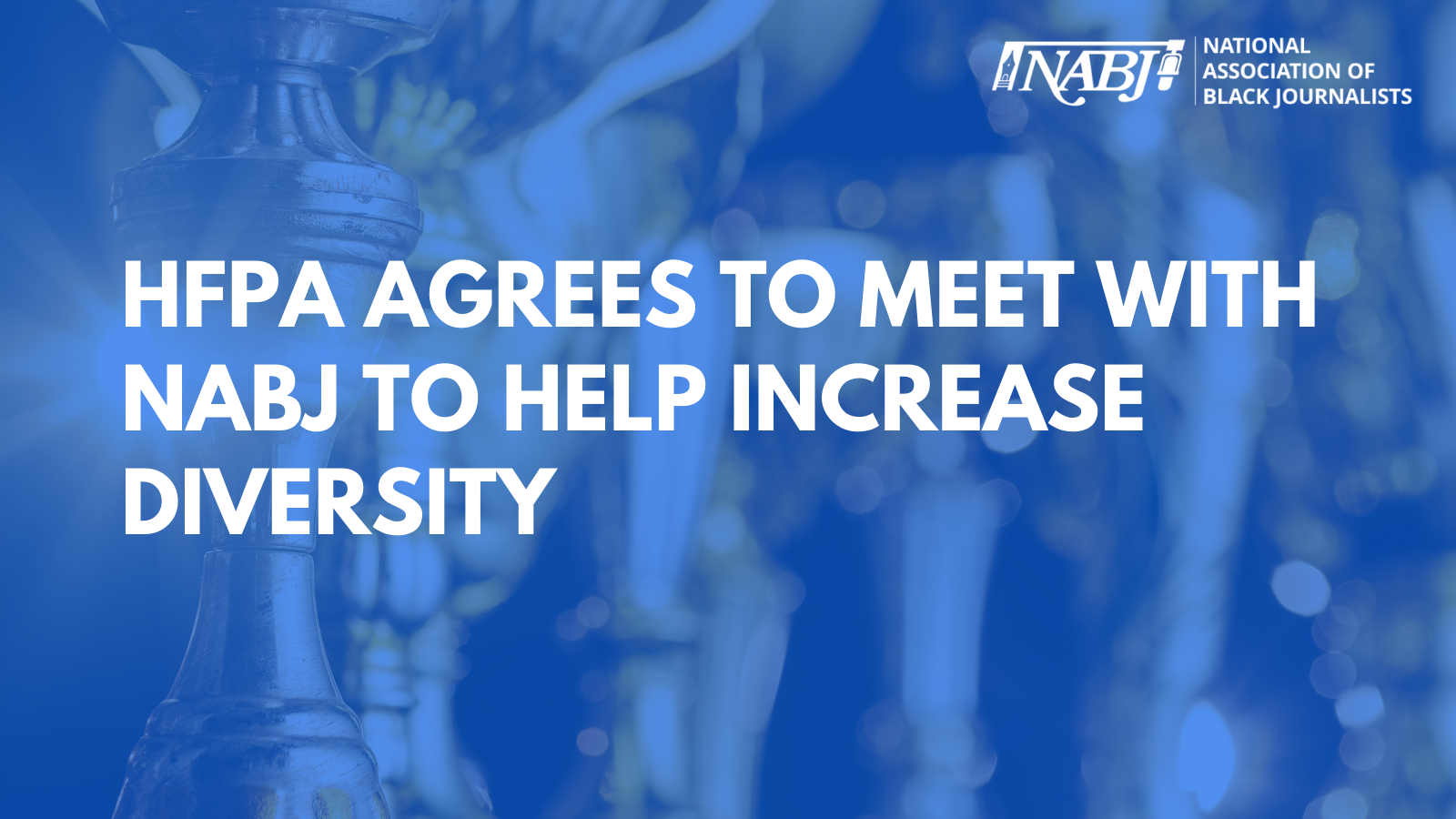 During the Golden Globes Awards, the Hollywood Foreign Press Association (HFPA) announced that they will rectify the lack of Black journalists among their ranks.

According to Variety, former HFPA President Meher Tatna admitted they had not had any Black members for the last 20 years.

As the nation’s largest media organization for people of color, the National Association of Black Journalists (NABJ) is shocked and appalled by this admission and omission.

“Black journalists matter, whether in the United States or around the world,” said NABJ President Dorothy Tucker. “Now that the HFPA has been rightfully called out for this shameful fact, NABJ stands ready to engage with the HFPA to address these issues immediately.”

NABJ demands from HFPA that the omission never happen again and believes it’s imperative that HFPA has severe contractual financial implications for such egregious behavior, no matter which broadcast media outlet it partners with, to ensure it never happens again.

NABJ finds current barriers to membership in the HFPA reminiscent of the systemic obstacles set up with the likes of “all-male” organizations of the past, making it challenging to implement diversity among the ranks. The current “requirements” to membership sustain a disturbing barrier:

“Applicants should be working Southern California -based journalists covering the entertainment industry for a legitimate foreign publication and must be sponsored by two current HFPA members. Applicants are required to submit 24 sample clippings of their work from the last 3 years. They also have to have been listed in the MPAA directory of journalists for the past two years. Applications for the current year will be accepted until June 15, 2020.” (Obtained from HFPA membership rules).

NABJ also calls on the HFPA broadcast partner of the Golden Globes, NBC, to amend their contract to include diversity requirements as the company has done with multiple other contracts. If they aren’t met, the HFPA should be hit with severe financial penalties for non-conformance no matter which media partner hosts the Golden Globes event.

When USA Today founder and Gannett executive Al Neuharth wanted to make Gannett the industry leader in diversity years ago, he tied part of his leaders’ bonuses to diversity goals. It’s clear that one of the most effective ways to get folks to fix the problem is to go after the money.

NABJ reached out to the HFPA Monday morning to begin working on a plan to bring more Black journalists into their ranks.

HFPA’s Chief Operating Officer, Greg Goeckner, is setting up a meeting between NABJ and HFPA’s senior leadership to help develop an action plan.

NABJ is thankful to see many leading voices in Hollywood speak out against the HFPA with the #TimesUpGlobes hashtag. Such pressure from Black and non-Black actors is vital to change the entertainment media industry. It has and will continue to lead to efforts to initiate change in the Motion Pictures Association regarding diversity and inclusion.