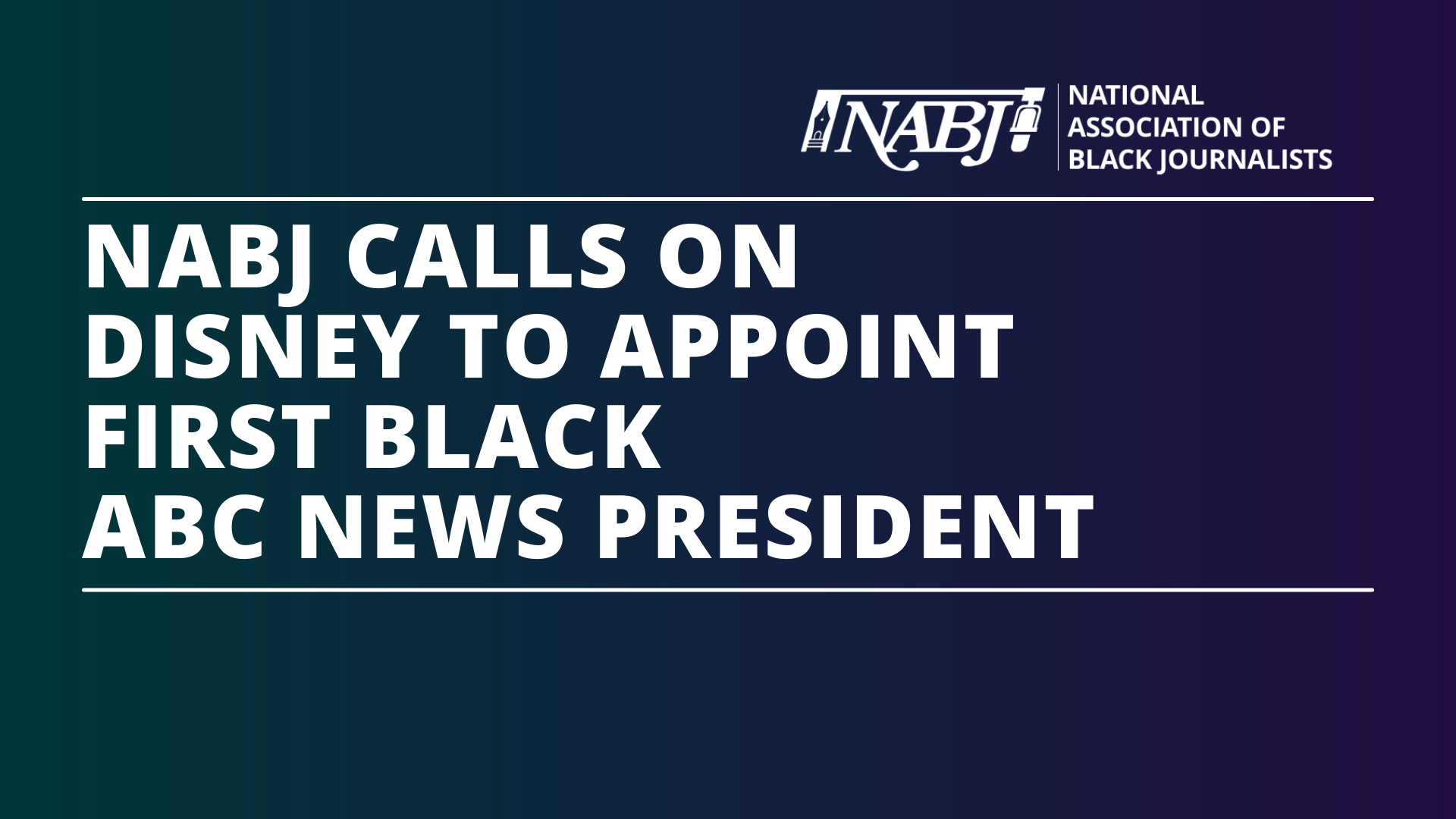 In the history of television, no African American has ever run a network news division. With the news of James Goldston’s decision to step down after 17 years at ABC News,  National Association of Black Journalists (NABJ) leaders say the time for that glass ceiling to be broken is now.

“In the 53 years since the Kerner Commission called on news media outlets to increase the hiring of Black anchors, reporters and editors, our industry has made a number of strides,” said NABJ President Dorothy Tucker. “African Americans have ascended to the top ranks of running publications like The New York Times, and just this week the first Black head of a cable news network started at MSNBC. But never have we seen an African American run a broadcast news network. That needs to change in 2021.”

Ken Lemon, NABJ Vice President-Broadcast, said it’s only fitting for ABC News to break this barrier, which would exemplify a commitment to diversity, equity and inclusion at the highest levels of the industry.

“In 1962, ABC hired Mal Goode as the first network news correspondent, and in 1978, NABJ co-founder Max Robinson was named the first Black network evening news anchor,” Lemon said. “While progress has been made in front of the camera, it’s time for Black advancement in the executive suites.”

Roland S. Martin, NABJ Vice President-Digital, underscored the importance of having an African American leader at the helm to set the tone for news coverage that truly reflects the diversity of America.

“NABJ has made it a top priority to meet with numerous media companies to specifically address the dearth of Black senior executives. In 2019, we met with Goldston and his team about the lack of any senior news Black executives,” said Martin. “Later that year, Marie Nelson was hired. In 2020, when news of racist remarks by then-ABC VP Barbara Fedida was made public, NABJ met with Disney Chairman Peter Rice. Fedida was fired, and Galen Gordon was hired as senior VP of talent strategy and development. But we are not satisfied.”

NABJ contends that the head of ABC News sets the tone as the chief decision-maker. There are many Black news executives who are more than capable of leading ABC News and NABJ believes that now is the time for Disney to make history.