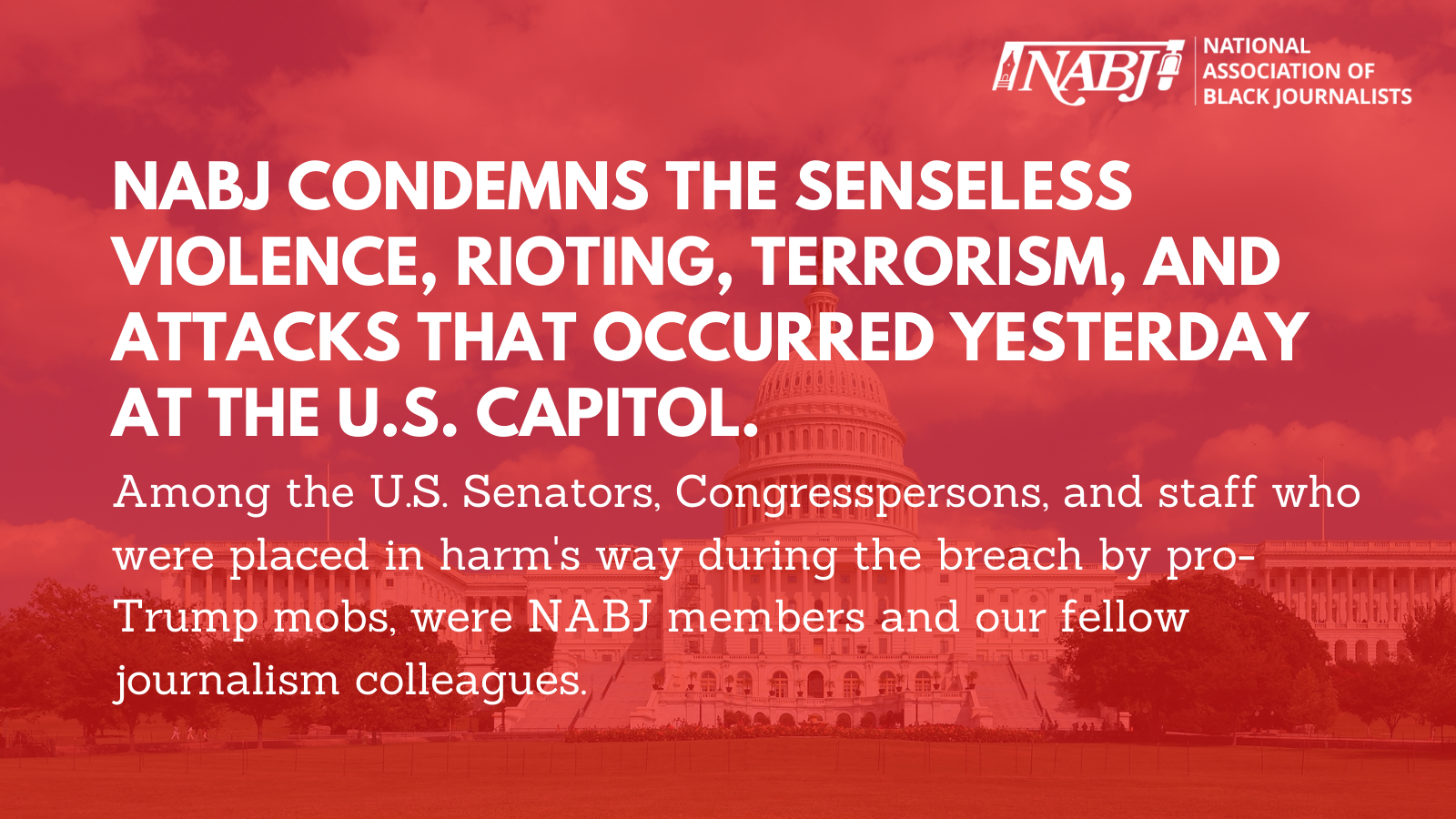 The National Association of Black Journalists (NABJ) condemns the senseless violence and rioting that occurred yesterday at the U.S. Capitol, as well as the shameful mistreatment and arrests of journalists who were reporting from the scene.

Among the U.S. Senators, Congresspersons, and staff who were placed in harm’s way during the breach by pro-Trump mobs, were NABJ members and our fellow journalism colleagues. Journalists were surrounded, threatened, physically engaged, and had their equipment destroyed by rioters. Others were forced into lockdown listening with uncertainty and fearing for their lives, as mobs drew closer to where they were sheltered.

No person – both public servant and journalist – should have to experience such terrorism while they are carrying out their duty to the American people and the work of a free press.

We are disheartened that as journalists continue to work on the front line to ensure the American people are informed with facts, efforts to muzzle press freedom are growing stronger with the encouragement of this outgoing presidential administration. For the last four years, NABJ has decried the efforts of Donald Trump to undermine and sow distrust in the media.

The actions we witnessed at the Capitol are a sad culmination of his years of creating discord with his words. We denounce Trump’s, and his supporters’, behavior and their attempts to dishonor the US. Constitution, the First Amendment, and the rights of the American people to have their voices and votes counted, and their stories told. Journalists have the same rights as other citizens to document demonstrations and provide coverage in public places.

We also join our sister organizations in firmly demanding that elected officials and government agencies at the local, state and national levels enforce the First Amendment and the protections, and guidelines, that allow journalists the right to do their jobs peaceably. In a modern and free society, it is unacceptable that yesterday’s attacks were even allowed and encouraged to transpire.