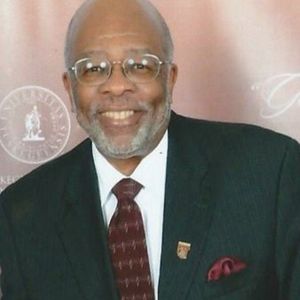 The National Association of Black Journalists (NABJ) mourns the loss of veteran sports journalists Roscoe Nance. From 1986-2007, Nance’s wrote for USA TODAY with his work spanning across sports including covering the Olympics, pro basketball, Pan Am Games and Black colleges. He continued to make an impact as an independent writer.

Nance was a trailblazer. While working in Jackson, Mississippi, he served as the Clarion Ledger’s first Southwestern Athletic Conference (SWAC) reporter and the paper’s first Black sportswriter from 1978-1985. He became affectionately known as “the dean of Black college sportswriters.”

In 2014, he was inducted into the SWAC Hall of Fame, becoming the first inductee who was not associated with the conference as an athletic or administrator. Various news reports have credited Nance with helping to increase attendance at Black college games due to his writing and storytelling.

His daughter, Rahkia Nance, is a member of NABJ. He was celebrated by his family, friends and colleagues for his kindness, wit and dedication.