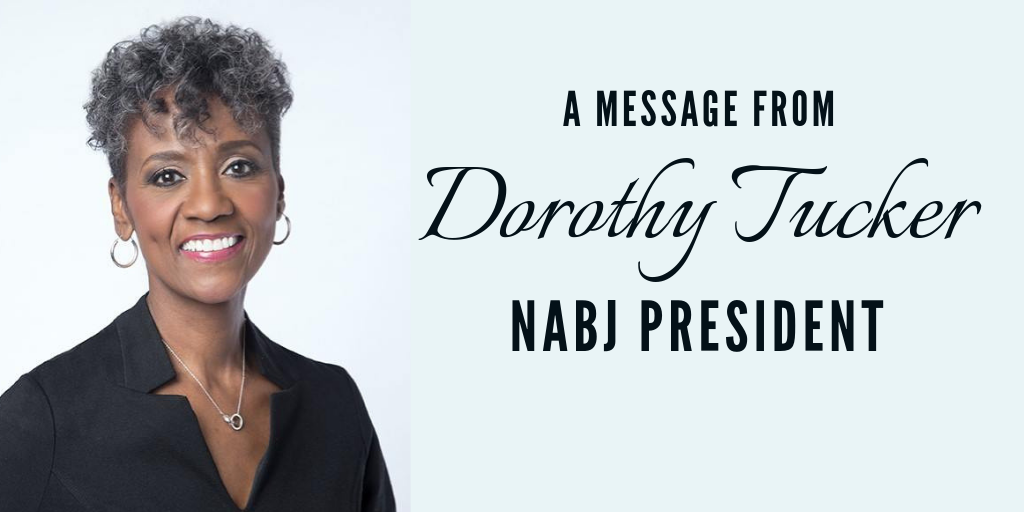 Earlier this month, during my trip to Doha, Qatar to address the Al Jazeera Center for Public Liberties and Human Rights’ Symposium on “The Challenges of Press Freedom,” I committed to NABJ using its platforms more often to spread awareness about threats to press freedom and the protection of journalists, here and abroad. I am happy to report that we have had a productive dialogue with the Committee to Protect Journalists (CPJ) and hope to be sharing more details about our partnership very soon.

As the year comes to a close and people are preparing to celebrate various holidays with their families and friends, I ask you to join me today in remembering those journalists who may be jailed, facing persecution or various personal threats.

Let’s remember journalists who will not have the opportunity to enjoy this time of year. Journalists like Al Jazeera’s Mahmoud Hussein, who is suffering for simply doing his job and seeking to report the truth.

Today, we mark the third year that Hussein has been held in an Egyptian jail without charge. He was accused of “incitement against state institutions and broadcasting false news with the aim of spreading chaos.” However, Al Jazeera denies these charges.

His incarceration is in breach of Egypt’s penal code, which sets a maximum pretrial detention period of 620 days for individuals being investigated for a felony. NABJ agrees with our colleagues at the International Press Institute, who have called for the penal code to be upheld. Please join me in spreading the word about Hussein and other threats to journalists here in the U.S. and worldwide.