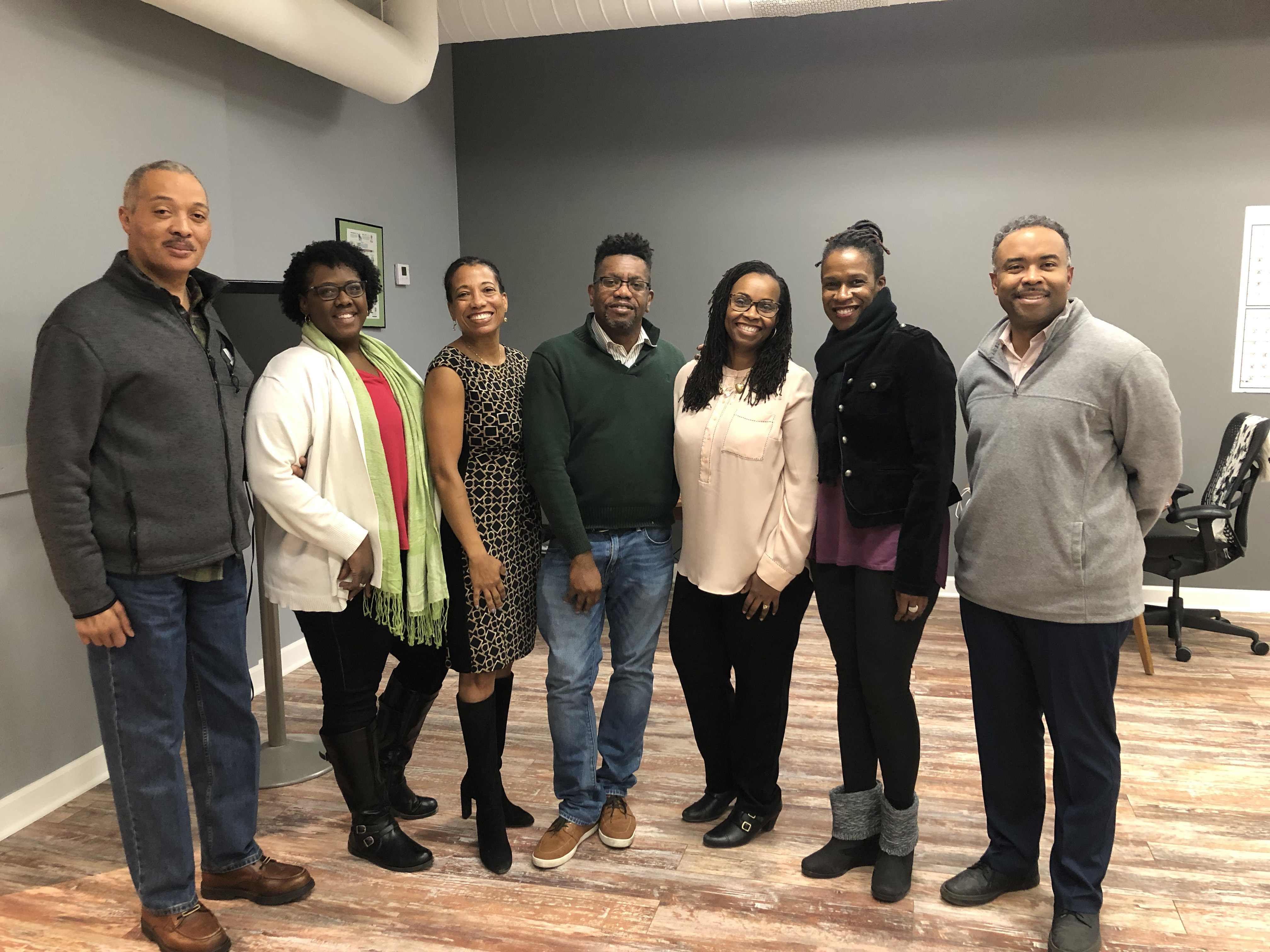 On Dec. 18, representatives from three community activist organization representatives met with NABJ Chicago Vice President of Print Phil Thompson to talk about ways to bring more press to black-owned movements, businesses and nonprofits. Rudd Resources, a black-owned communications firm, hosted the meeting in their location in the Auburn Gresham neighborhood on the South Side.

Among those present was activist Lisa Daniels, a member of the Illinois Prisoner Review Board who advocates for mothers, like herself, who have lost children to gun violence in Chicago. On Jan. 21, Daniels will host a summit for grieving mothers to help them strive toward healthier ways of healing.

“Not everyone grieves in a healthy way,” Daniels said. “Rather than finding purpose in it, they tend to wear it as a badge of honor. There’s a comfort level and an advantage that hinders that moving beyond process because it’s easier and profitable.”

Joining the conversation was Otis Monroe of the Monroe Foundation, which works to help black-led nonprofits build legitimacy. Monroe took an impassioned stance on black activists thinking beyond protest marches and doing more to help themselves and each other. He wants to use journalism as an alternative to marches because he believes that journalism can be more impactful.

Tanya Woods is an attorney associated with the Westside Justice Center who would like to see more South and West Side news coverage by not only more mainstream news outlets in Chicago but also the outlets that are based in those areas. “I have four community newspapers on the West Side and I can tell you how many times they’ve covered what we do at Westside Justice Center. Twice.” She said. “And I know they’re hurting for news stories, I can see it.”

The rest of the discussion centered around ways more black news can be reported – besides violence.

“There’s a lot of clutter in the newsroom,” says Thompson. “Stories are like diamonds, sometimes you have to sift through the dirt to get to them.”

Thompson encourages nonprofits to get to know more about the writers, not just the outlets themselves. “Learn who does what, read what they do on a daily basis.

In some cases, “some media database spit out my name and you sent me a churned-out press release-that doesn’t show any type of personalization.”

From the many ideas that were bounced around throughout the meeting some of them included pitching an NABJ-CC forum to create a conduit between organizations and newsrooms to help build relationships: holding regular calls, sharing stories and listening to pitches each month.

Another idea was a workshop to help demystify the newsroom, explaining the roles and titles of the people who work within it to make the media more accessible to smaller organizations who may not have built relationships with journalists yet.

A final goal is to have more conversations like this with more leaders between community leaders, activists, journalists and others to push toward inclusion in media.