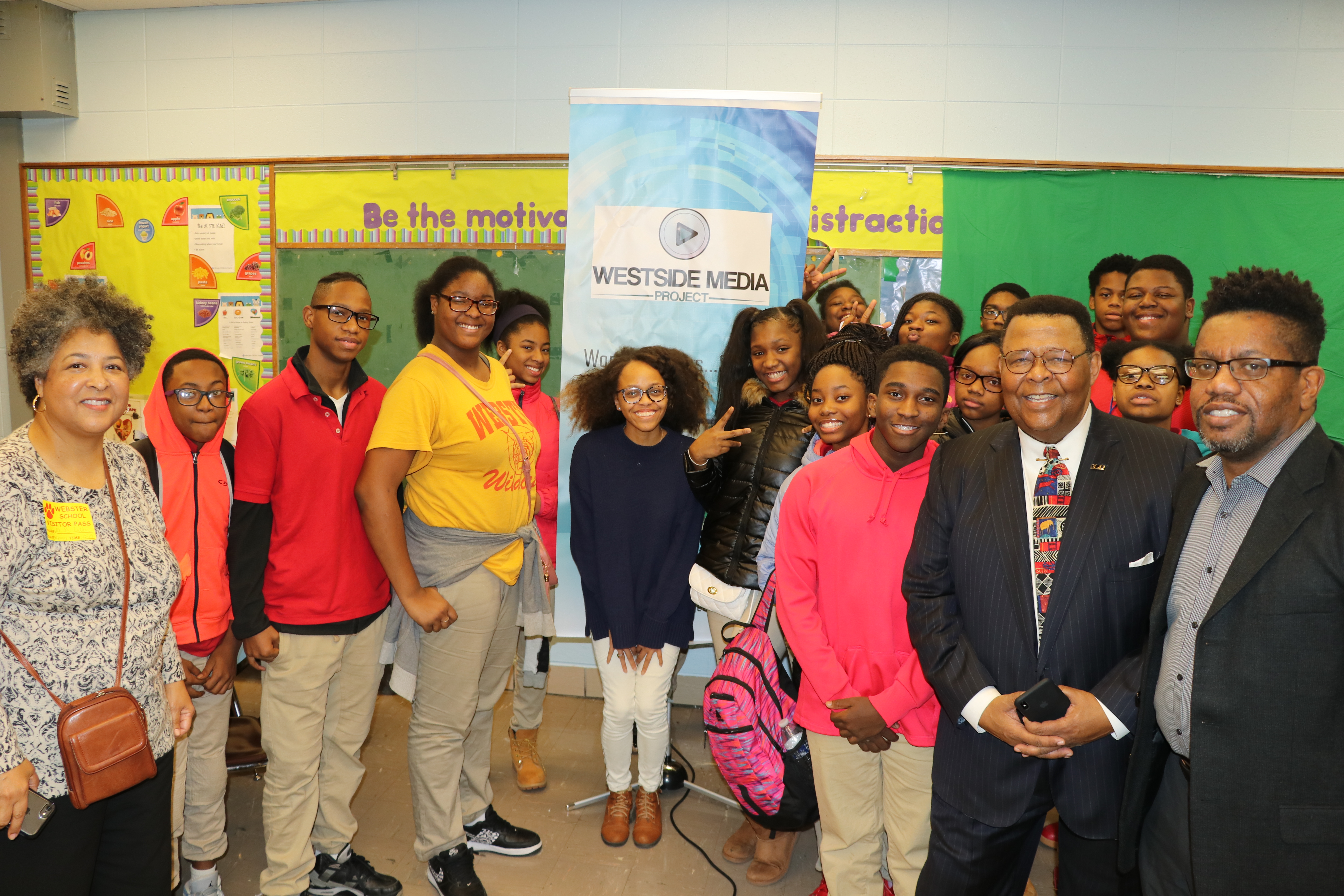 Vice President of Broadcast Art Norman went around the classroom engaging with each student about their interests and career plans. Vice President of Print Phil Thompson joined him to talk the students about what print and broadcast reporters do each day, and the different types of journalism, while Parliamentarian Gail Walker explained the vital role of the “fourth estate.”

The Road Show volunteers had the kids laughing and learning, with Norman telling one student he’ll make good money as a plumber one day, “but you have to come in the middle of the night when I call you.” 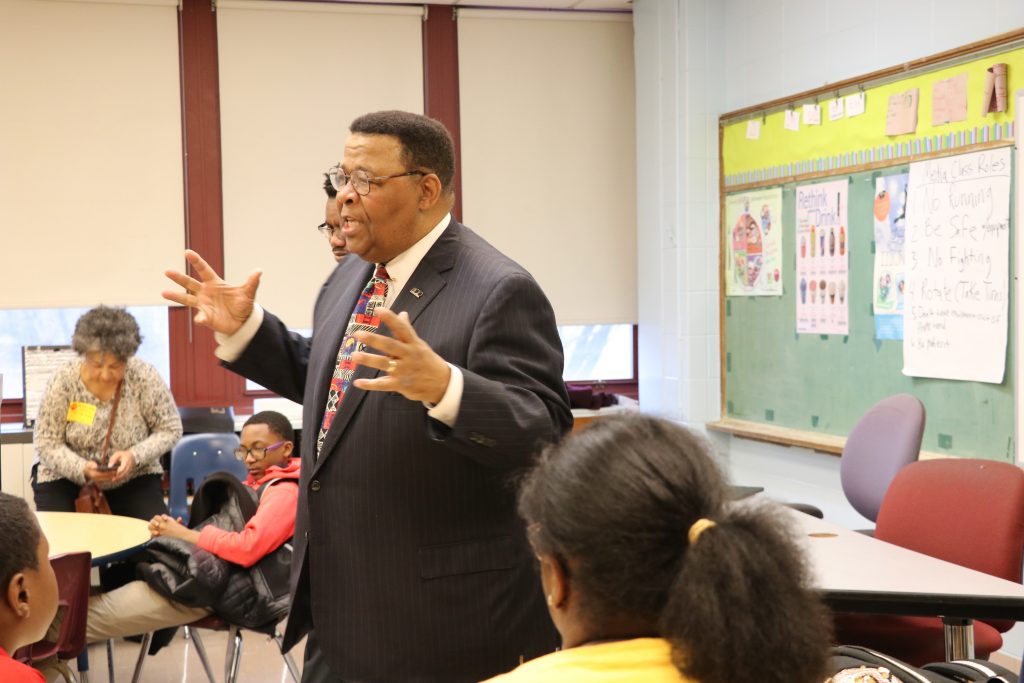 When another student said he wanted to be a lawyer, Norman shared an anecdote about former President Barack Obama and First Lady Michelle Obama working pro bono as young lawyers. “You could find them sitting on the floor at Rainbow PUSH helping people who could not afford a lawyer.” 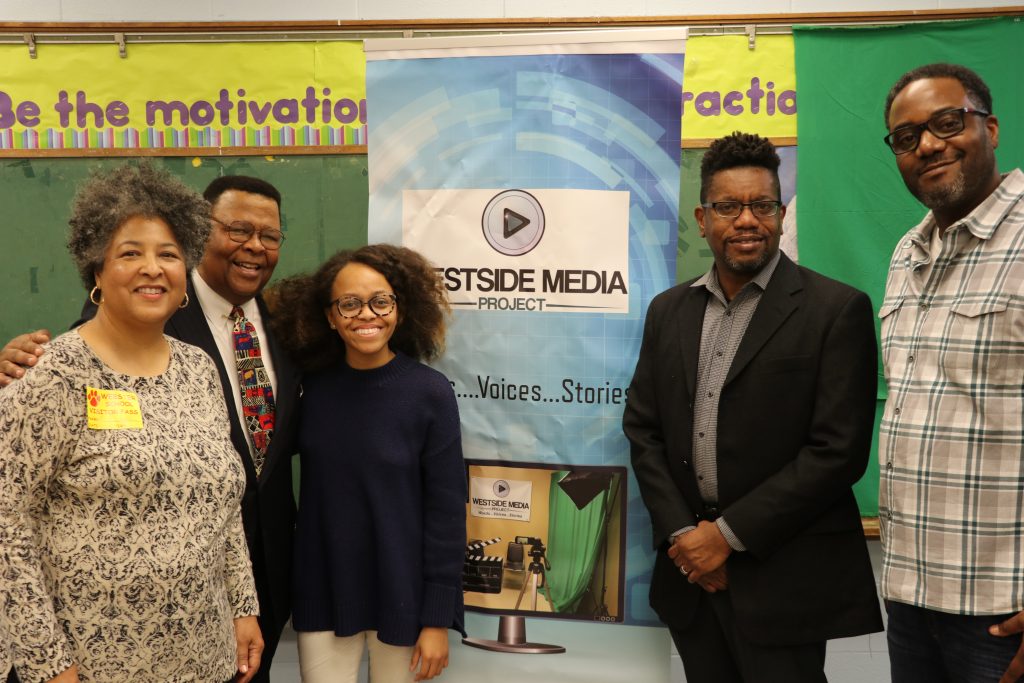 Road Show visits youth programs and community groups to answer their questions about journalism and careers, talk about media’s role in the African-American community and help them with their journalism project.

Two of the Webster’s students, Alana President with Donte McElroy, wrote about the experience (edited by Gwen Pepin):

On Friday, Dec. 18, Daniel Webster eighth graders talked to a group of journalists about their lives in the media industry. These professionals are a part of an organization called the National Association of Black Journalists. We met Phil Thompson, a sport reporter for the Chicago Tribune and Gail Walker, the president of EnviroCom Incorporated. Mr. Thompson is the Vice President of Print Journalism and Ms. Walker is the Parliamentarian for NABJ Chicago.

We met another guest named Art Norman. He’s on NBC channel 5 News. Have you heard of him? All of the NABJ guests taught us something and he taught us about broadcasting. Mr. Norman also talked to us about our dreams and our plans. We spent most of the time learning from him while he encouraged us to be leaders. It was a great day at Webster School!