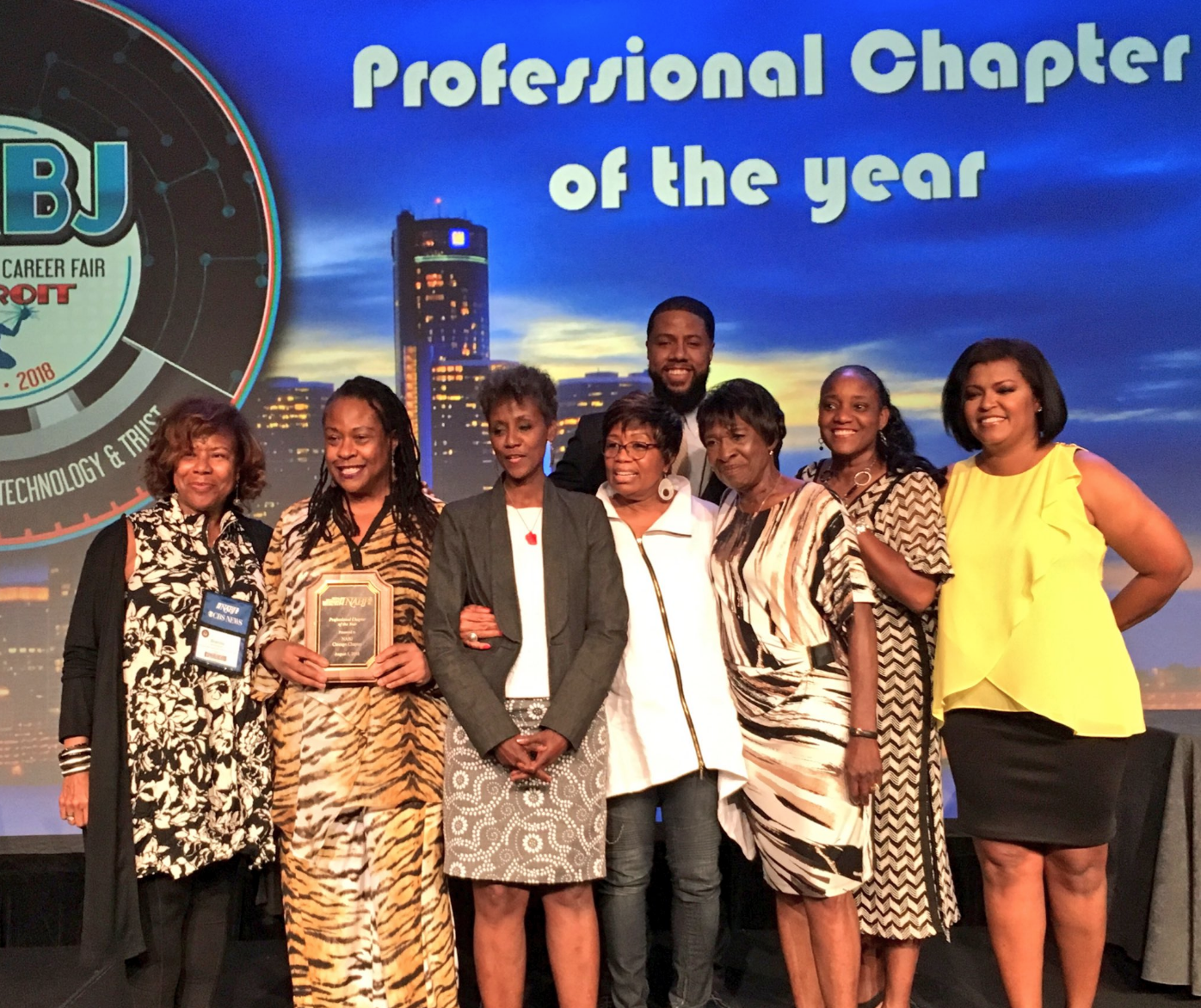 NABJ-Chicago is the NABJ Professional Chapter of the Year, the national organization announced during the 43rd NABJ Convention and Career Fair in Detroit.

The award is presented to a professional affiliate chapter for its accomplishments during the eligibility period. Among the criteria are the number of new members for the local and national chapter, the chapter’s community activities and programs, and the number and size of scholarships awarded by the chapter.

“We are absolutely thrilled. This is a chapter that pours its soul into every single project,” said long-time Chicago chapter member Dorothy Tucker, who is also NABJ’s vice president, broadcast. “Our chapter has a great mix of veteran and millennial members, as we’re big on advocacy and inclusion. I’m very proud of NABJ-Chicago.”

In the last year, the Chicago chapter partnered with the local National Association of Hispanic Journalists chapter for a highly successful job fair that attracted more than 30 recruiters from the Chicago and Milwaukee media markets and saw more than 200 people attend. The Chicago chapter also co-sponsored, with CBS2 Chicago, a candidates forum for the hotly contested state attorney general race. The event was live-streamed and had hundreds of thousands of hits on social media. The chapter’s monthly meetings consistently feature news makers and also provide training for its more than 200 members.

“Our professional and student chapters are the lifeblood of NABJ. They are the association’s boots on the ground and are essential in executing the association’s mission of providing quality programming and services to advocate on behalf of black journalists,” said NABJ President Sarah Glover.

Below are some photos from the announcement at the NABJ Convention and Career Fair Opening Ceremony:

Congrats @NABJCC NABJ’s Chicago Chapter honored with the @NABJ 2018 Professional Chapter of the Year. Congrats to my Chitown friends!! pic.twitter.com/JneLxtwYsb

Oh, @maudlynei @NABJCC President, so proud of you for winning @NABJ Chapter of the Year. You deserve this honor for invigorating this chapter with your ideas and excellence. @artnorman @dorothyTV2 @AWJ_Chicago @NAHJ @aaja pic.twitter.com/ty8WNKNDyx

One of the finest collectives of journalists you are ever going to find @NABJCC. Soon as I moved to Chicago, they welcomed me with open arms (then put me to work 😆). So proud of this amazing team I get to work with for being named @NABJ Chapter of the Year. pic.twitter.com/Ldk0IDwuMp