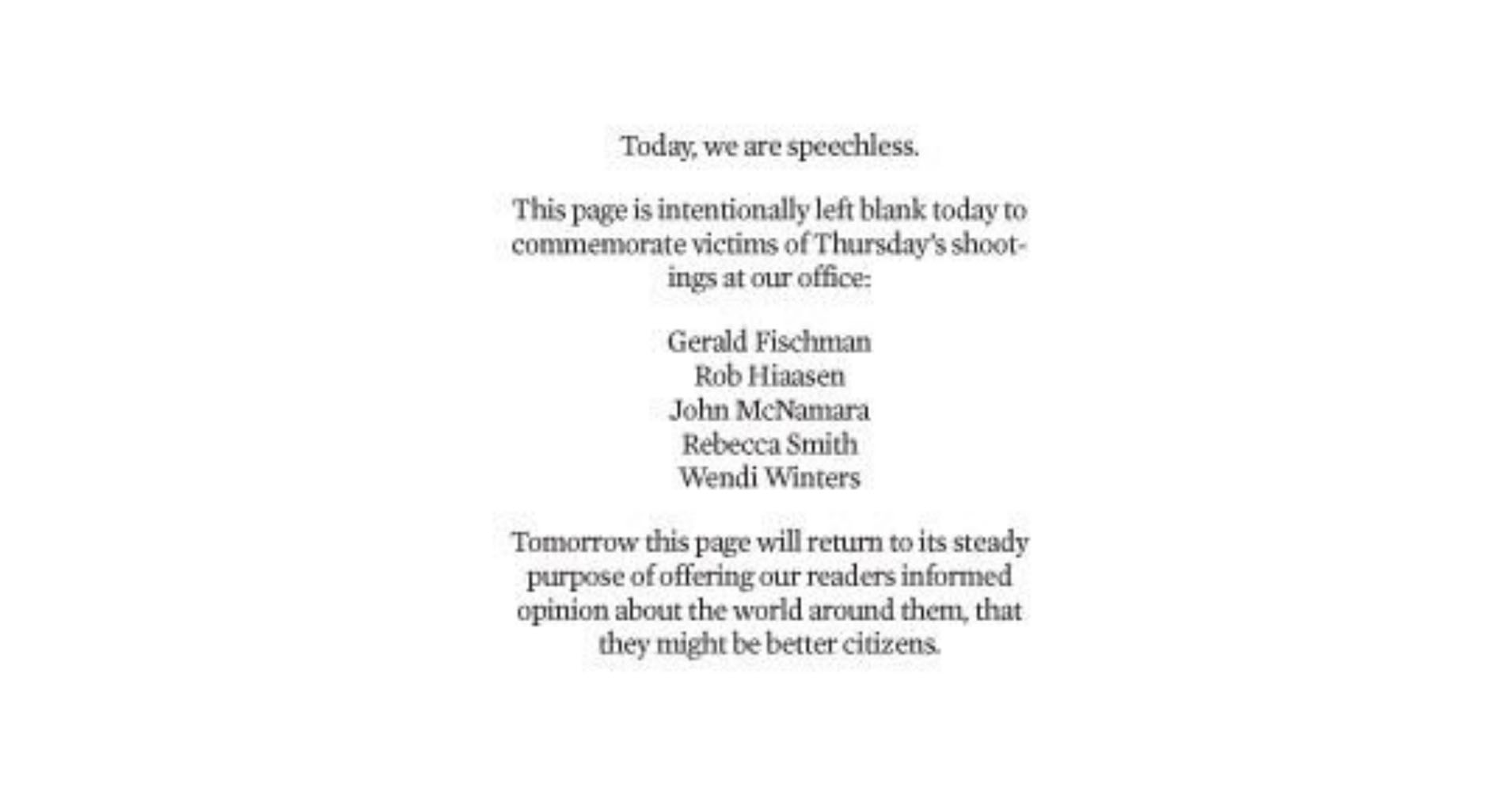 The National Association of Black Journalists-Chicago Chapter mourns with journalists across the nation, and indeed, internationally, after the mass shooting attack carried out upon the Capital Gazette newspaper of Annapolis, Maryland.

We continue to lift up Rachel Pacella and Janet Cooley, the two employees injured.

This rare fatal attack against U.S. journalists is heartbreaking and sobering. It is a reminder that we in Chicago and journalists everywhere labor under simmering personal risk to defend America’s free press and the public’s right to know. That risk grows ever greater with vitriolic attacks from some sectors against our Fourth Estate guaranteed by the U.S. Constitution, and that too holds great consequences when unchecked.

We are #CapitalGazette. Your grief is our grief. Today, we stand as one.

NABJ-Chicago Chapter Board of Directors