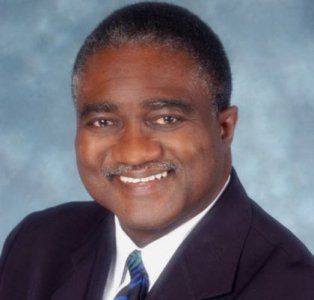 Democratic Presidential candidate Hillary Clinton adds to that: “a tireless crusader for justice, and a true agent of change.”

And Congressional Black Caucus Chairman G.K. Butterfield calls him “a giant in journalism [who] stood on the front lines of the Civil Rights era and used his voice to tell our stories when others would not.”

Accolades poured in with news of the sudden passing of Mr. Curry, of Laurel, Md., who died of heart failure on Aug. 20. He was 69.

“He asked us to write a grant proposal to the Tribune Foundation,” recalls NABJ Chicago Board Member Art Norman. “He said, ‘We must identify and nurture potential journalists before college.’ With George’s help, we were awarded a $10,000 grant for our Exposure Program. He then asked Tribune reporter Alan Johnson to lead it. Many of us will never forget his commitment to those high-school students.”