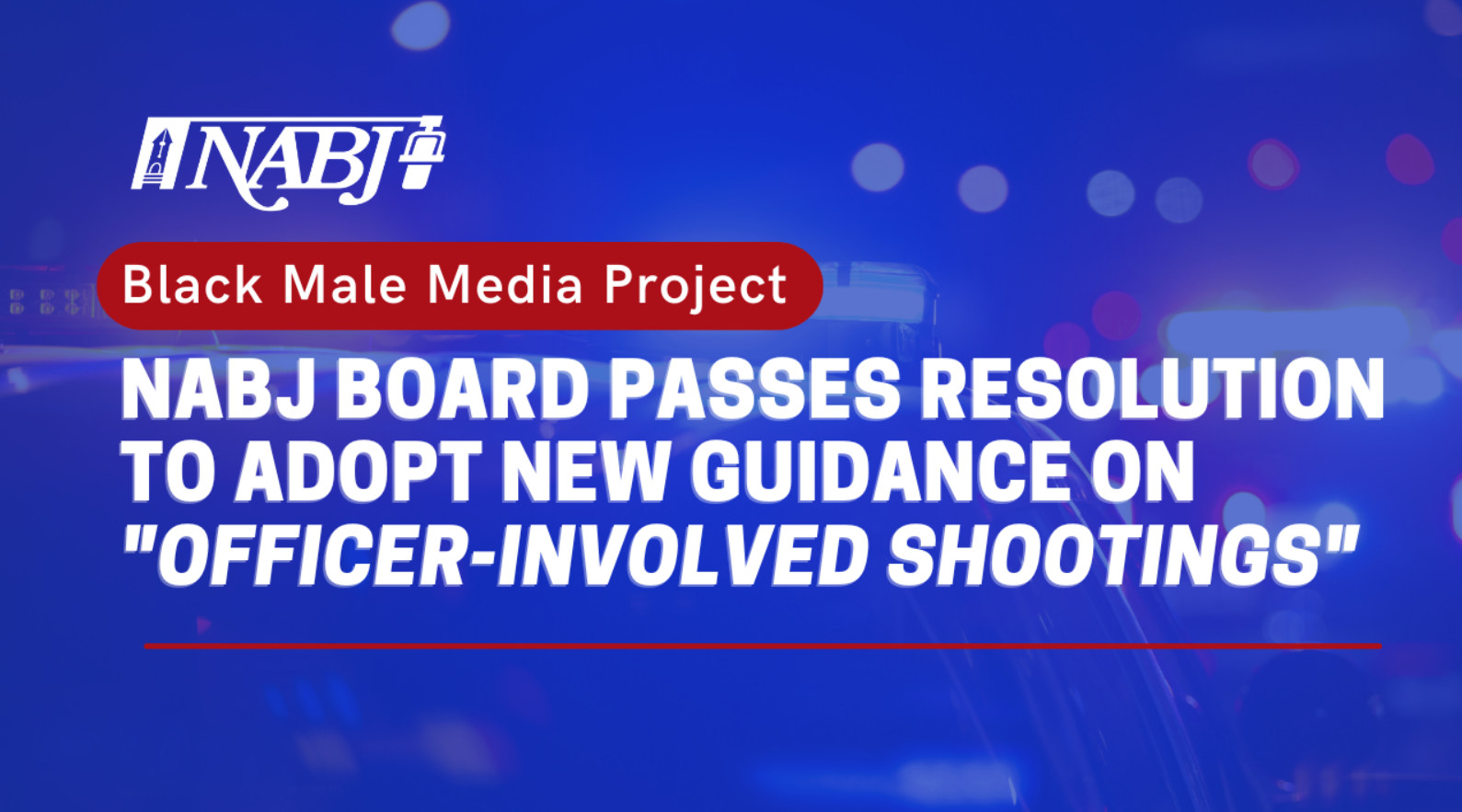 During its annual fall Board meeting on Oct. 22 in Atlanta, NABJ’s Board of Directors approved a resolution from the NABJ Black Male Media Project recognizing that the phrase “officer-involved shooting” can be harmful to victims of excessive force by law enforcement. The resolution also recognized that the phrase may perpetuate a false narrative when unarmed people are shot by law enforcement.

According to analysis by the Columbia Journalism Review, some law enforcement officials routinely use the phrase in a way that misleads the public. The AP has also warned that the phrase is often inaccurate and leaves news audiences with more questions.

As a result, the resolution adopted by the NABJ Board also included an update from the Black Male Media Project to NABJ’s Style Guide. The entry is below.

Avoid use of the phrase “officer-involved shooting” in cases where police fire a weapon. It is nonspecific, misleading police jargon, which often leaves the audience with more questions. Journalists should insist on details such as what role did the officer(s) have in the shooting, including who fired. Tell the public what you know and explain if law enforcement officials do not answer questions or confirm details.