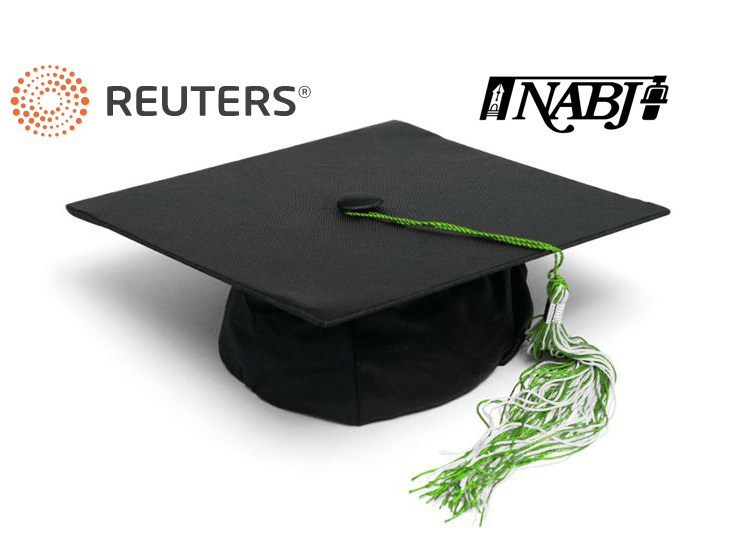 Each student will receive a value of more than $40,000 in tuition and credits for the 2021-2022 academic year, funded by Reuters and the schools.

The winners will also receive a variety of training opportunities in the Reuters newsroom, including access to mentoring by Reuters journalists.

JayJuan Jones is a master’s candidate at Northwestern Medill, specializing in Politics, Policy and Foreign Affairs. He earned a bachelor’s degree in journalism from Howard University. Jones is a freelance journalist who has volunteered to serve veterans through the National Honor Society and has written, directed and produced two full-length plays examining societal issues such as interracial relationships and socio-economic disparities of love. Jones is a Chicago native and leads a youth ministry through his family’s church.

Randi Love received her bachelor’s degree in sociology from the California State University, Dominguez Hills, and an associate’s degrees in public relations, photojournalism and journalism from Los Angeles Pierce College. After a short stint working for a small newspaper in Northern California, Love enrolled at the Craig Newmark Graduate School of Journalism at CUNY and expects to complete her master’s program in December 2022.

“Reuters is committed to building a diverse and inclusive newsroom – it is paramount to our organization and for the news industry at large. Our partnership with NABJ offers us the opportunity to support the next generation of journalists as we work to build a newsroom that better reflects the world we cover,” said Alessandra Galloni, Editor-in-Chief, Reuters.

“Since our founding in 1975, NABJ has been laser-focused on creating opportunities for Black journalists to have access to the tools and resources necessary to tell the stories that matter most to the Black community and beyond,” said Dorothy Tucker, NABJ President. “We are thrilled to partner with Reuters, the Medill School of Journalism, Media, Integrated Marketing Communications and the Craig Newmark Graduate School of Journalism to further our mission and to help ensure that more diverse voices have a seat at the table in America’s newsrooms and media companies. Congratulations to this year’s recipients.”