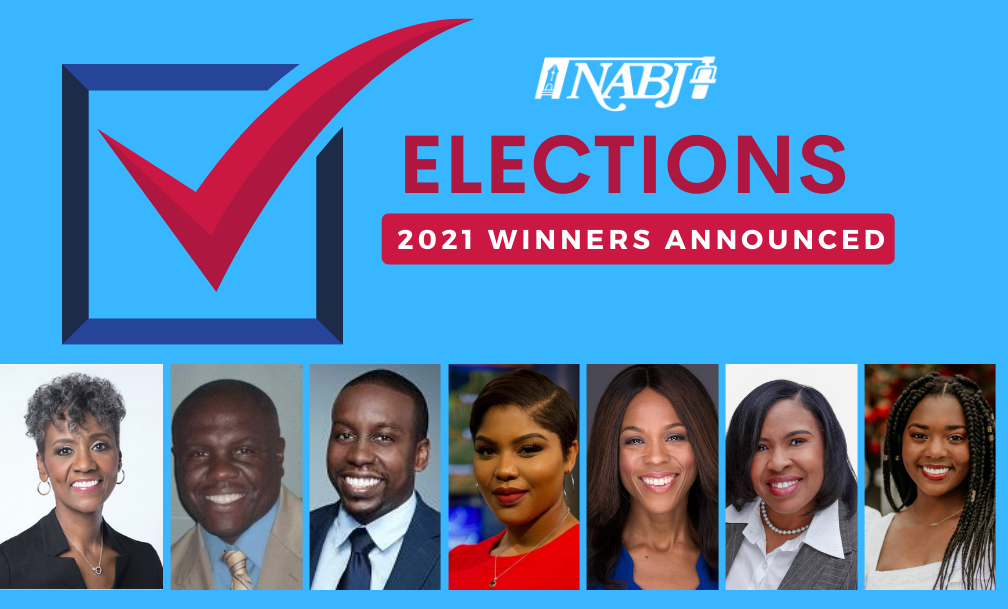 The National Association of Black Journalists (NABJ) has announced its 2021 Board of Directors election results. Results will be audited next week.

Dorothy Tucker, the incumbent President of NABJ, and an award-winning investigative reporter for CBS2 Chicago was re-elected President of NABJ. Tucker received 531 votes (83%) while her opponent Manuel Smith received 111 votes (17%). Tucker previously served as NABJ VP-Broadcast, six years as a regional director, and held leadership roles in five local chapters. Details on votes are below.

Ken Lemon, a reporter at WSOC-TV in Charlotte, NC, was re-elected as NABJ Vice President-Broadcast. Lemon received 596 votes (100%). He ran unopposed. Lemon is a charter member of the UNCW Communications Studies Alumni Board and is a North Carolina Certified Mediator.

Madison Carter, an award-winning investigative journalist at WXIA-TV in Atlanta, was elected NABJ Secretary. Carter received 584 votes (100%). She ran unopposed. Carter served as president of the Buffalo Association of Black Journalists (BABJ) and was named News Personality of the Year by The Buffalo News.

Brie Jackson, a Washington, D.C.- based national correspondent for Hearst Television stations, was elected NABJ Region I Director. Jackson received 227 votes (100%). She was unopposed. Jackson has more than 15 years of experience in broadcast news specializing in several issues, including racial injustice and equity. Jackson is also the founder, and former president, of the Southwest Virginia Chapter of NABJ.

Tamia Fowlkes, a rising senior at the University of Wisconsin, was voted NABJ Student Representative. Fowlkes received 75 votes (100%). She ran unopposed. Fowlkes is majoring in Journalism and Political Science with certificates in Gender and Women’s Studies and Leadership. She is an intern at The Milwaukee Journal Sentinel.