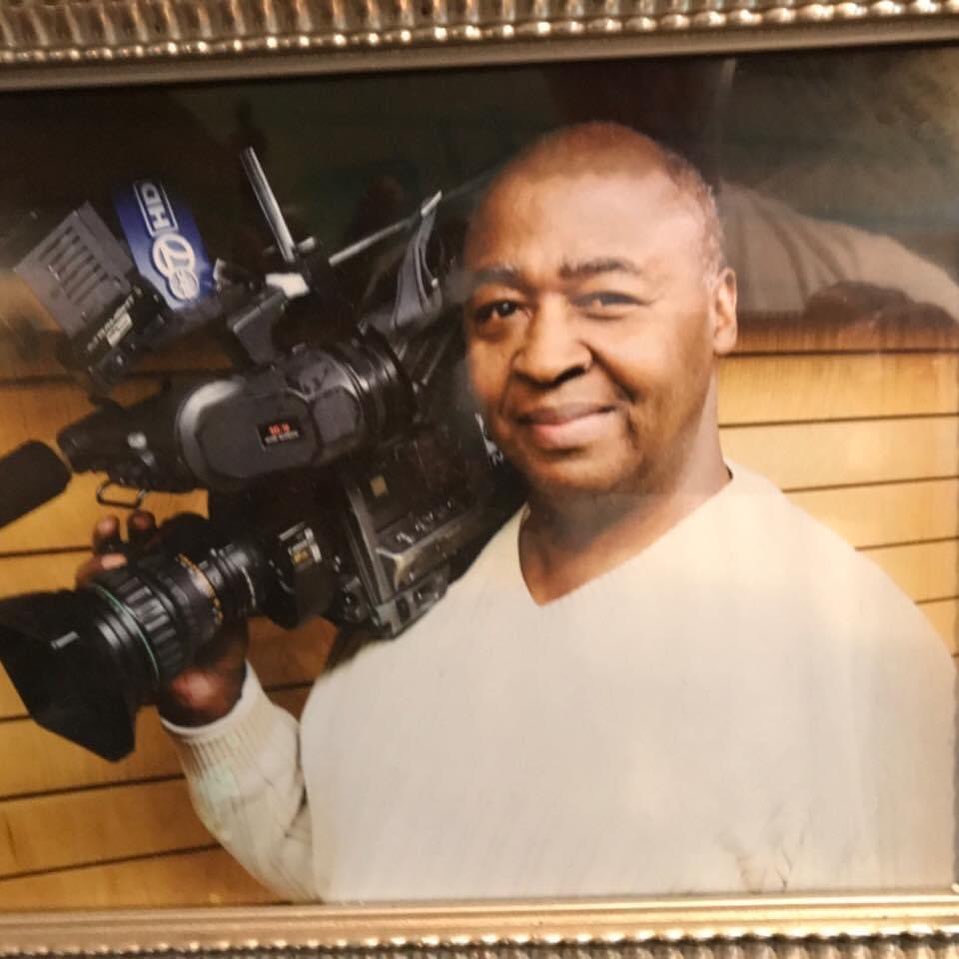 The National Association of Black Journalists-Chicago Chapter is pleased to announce we have established a scholarship fund to honor the memory of Eugene Stanback, former news photographer for ABC7-Chicago.

Find our announcement on the “Eugene Stanback Memorial Scholarship” in Robert Feder’s column: https://bit.ly/33KaEDf
Stanback, who retired in 2013 after 38 years at ABC7, died on September 13 of COVID-19. He was 71.

“Many of our veterans knew and worked with the beloved, longtime Chicago TV camera man, whether at ABC7 or while out on press assignments. Whatever beat you covered, you were likely to run into Eugene backing up his ABC7 reporting family at press conferences, stakeouts or media ‘gangbangs,’ ” said NABJ-Chicago President Maudlyne Ihejirika.

“We have lost so much and so many to this pandemic. NABJ-Chicago was privileged to be able to readily respond to Eugene’s family and friends when they reached out seeking to honor him in this most appropriate way.”

Supporters are asked to donate via the Scholarships page of the NABJ-Chicago website:http://nabjchicago.org/scholarship-donation/
Donors will input their name, donation amount, address, city, email and phone if they wish, in the identified boxes. And then most importantly, in the “Recruited By” box, donors should enter “Eugene Stanback Scholarship.”
Donors may also mail checks to NABJ-Chicago, P.O. Box 2229, Chicago, IL, 60690.

In Stanback’s nearly four decades at ABC7, he covered everything from politics to war zones to Super Bowls. In retirement, the dedicated, award-winning photographer still kept in touch with his work family at ABC7 Eyewitness News.

“Eugene was retired before I started at ABC7 Chicago, but I’d still met him a few times, and he was very nice. The outpouring by former and current ABC7 colleagues as well as those who knew him is a testament to Eugene’s mark on our Chicago media community, and we are pleased that a young person will be able to carry on Eugene’s legacy,” said NABJ-Chicago Scholarships Chair Will Jones.

Stanback is survived by his wife Fay, two daughters and two grandchildren. Born in Mississippi, he was a high school football star who served in the U.S. Army before moving to Chicago. His family is in support of the scholarship, as is ABC7.

His colleagues remember him as a man with a beautiful soul who will be dearly missed.

“He was a wonderful spirit who always had the best attitude in life. I can’t think of a better way to honor his memory than by ensuring that aspiring journalists will know how much he gave to this industry,” longtime friend Laura Castaneda told Feder.

The “Eugene Stanback Memorial Scholarship” will be awarded to a deserving college student studying visual journalism, i.e., photography or videography, during NABJCC’s 2021 Scholarship Season. The amount of the scholarship will depend on funds raised.