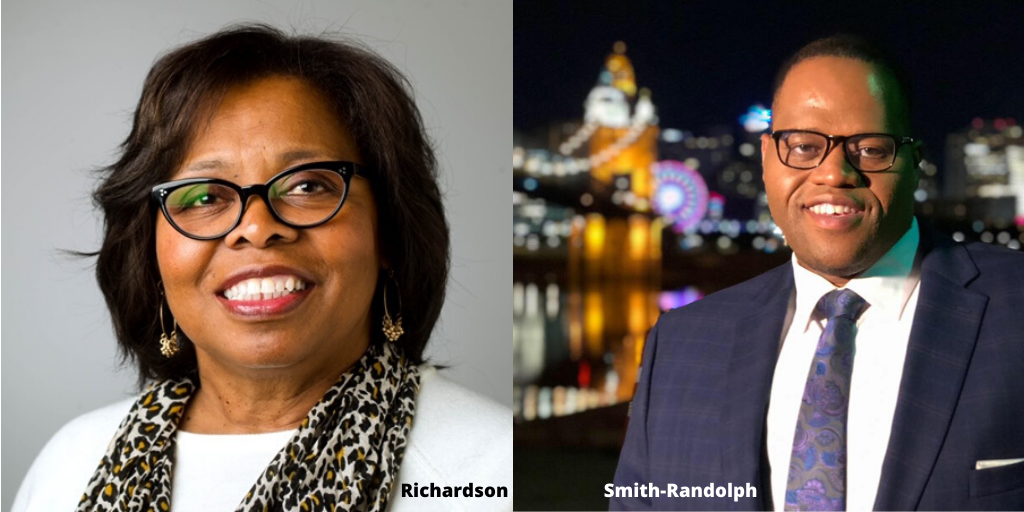 The National Association of Black Journalists (NABJ) has announced Leisa Richardson and Walter Smith-Randolph as its program chairs for the #NABJNAHJ20 Convention & Career Fair.

The convention, a joint effort with the National Association of Hispanic Journalists (NAHJ) in Washington, D.C., will be held July 8-12 at the Washington Marriott Wardman Park.

Registration is now open at NABJNAHJConvention.com . Nominations for NABJ’s 2020 Hall of Fame Induction Ceremony and Special Honors, which will be awarded at the Convention, are also being accepted here .

Richardson is a veteran journalist and executive editor at The State Journal-Register in Springfield, Illinois. Smith-Randolph is an award-winning journalist and reporter at WKRC Local 12 News in Cincinnati.

“Leisa and Walter have played important roles in spearheading the innovative programming we offer our members at past conventions, conferences and media institutes,” said NABJ President Dorothy Tucker. “They each bring to the table a wealth of knowledge and experience in the industry that will help to ensure the success of this year’s convention. I am thrilled to have them join our 2020 convention team.”

Richardson is a lifetime member of NABJ, serving on the Board of Directors for two terms and continuing in leadership as chair of the Special Honors Committee. She has previously served three times as chair of NABJ’s national convention, most recently the record-setting #NABJ19 Convention & Career Fair, where more than 4,100 attendees gathered. Richardson also has served NABJ’s convention as a special events chair.

“Thanks to President Dorothy Tucker for bringing me back to help lead program planning for our annual convention,” Richardson said. “Our focus, as always, is to provide programming that is relevant and sets our members up for success no matter the discipline. This 2020 convention will be historic. You can count on programming that reflects the importance of this pivotal year.”

“This will be my 10th convention and I’m very excited to take a leadership role and give back to an organization that has invested so much in me,” he said. “This convention is shaping up to take NABJ and our membership to new heights.”

Richardson has worked as a reporter, editor and publisher in newsrooms in Indiana, Ohio, Illinois and Northern Virginia. Her work has received awards from the Hoosier State Press Association, Gannett, Indiana Associated Press and Ohio Associated Press, among others. She will be inducted into the Indiana Journalism Hall of Fame in May.

Originally from New York City, Smith-Randolph has made previous stops at WWMT in Kalamazoo/Grand Rapids, WEYI in Flint and WENY in Elmira, New York. He is an “NABJ Baby,” and participated in NABJ’s Florida A&M University (FAMU) Short course in 2010 and also was a recipient of the NABJ/NBC News Fellowship in 2010, which led him to become a news fellow at MSNBC. He holds a bachelor’s degree from Villanova University and a master’s degree from the Craig Newmark Graduate School of Journalism at CUNY.