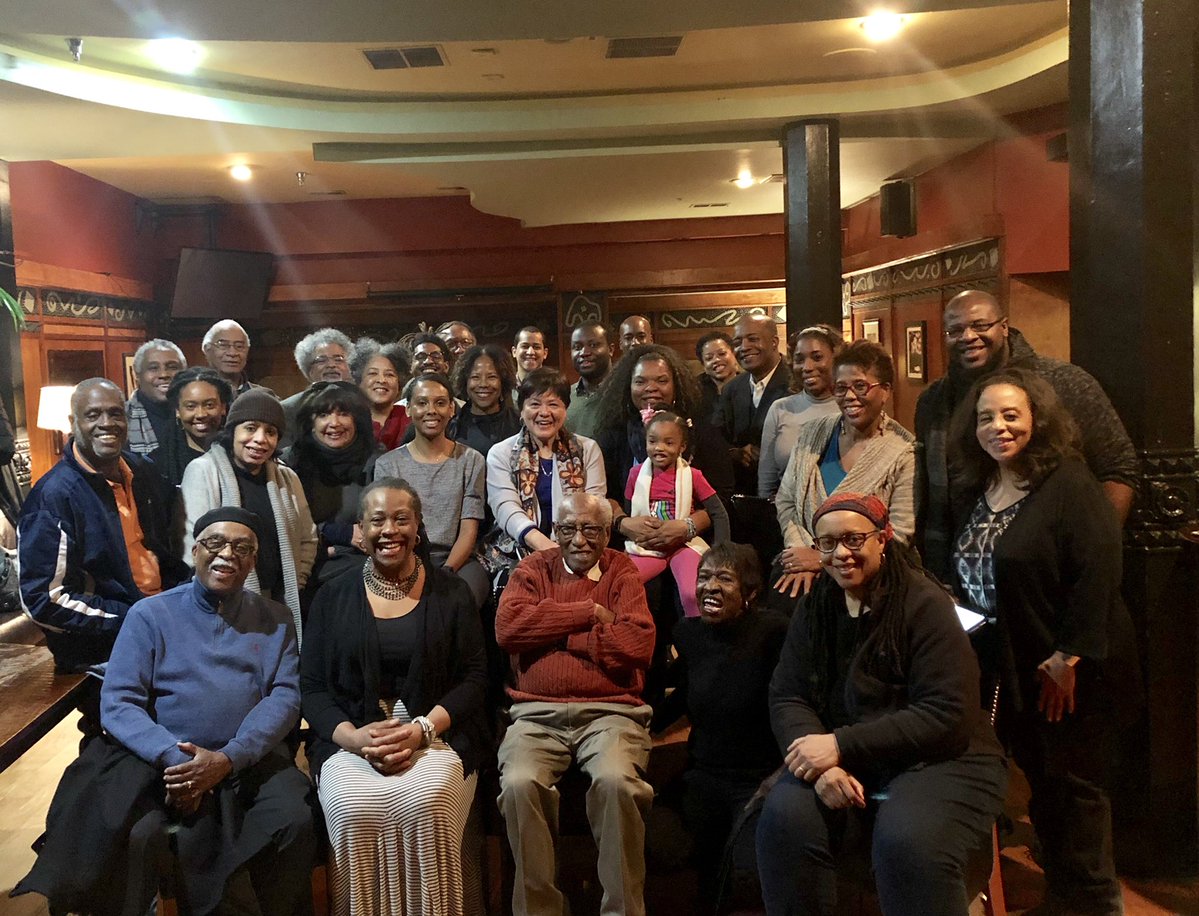 Black, an elder statesman and griot of Chicago’s black community, turned 100 on Dec. 7, 2018. On Monday, he took 30 attendees through a century of civil rights struggle and political activism. The lifelong educator and storyteller reminded audience members of their place in keeping traditions alive.

“I am optimistic about life. I had to be,” Black said. “We have a responsibility to let our younger people know the history but also know not getting involved might make you a victim, not a victor.”

A World War II veteran, Black taught for many years in the Chicago Public Schools, followed by 30 years at City Colleges of Chicago, before retiring in 1989. Raised in Chicago’s segregated “Black Belt,” he graduated in 1935 from DuSable High School, where classmates included John H. Johnson and Nat King Cole. He said his “mission was to break the barriers of segregation.”