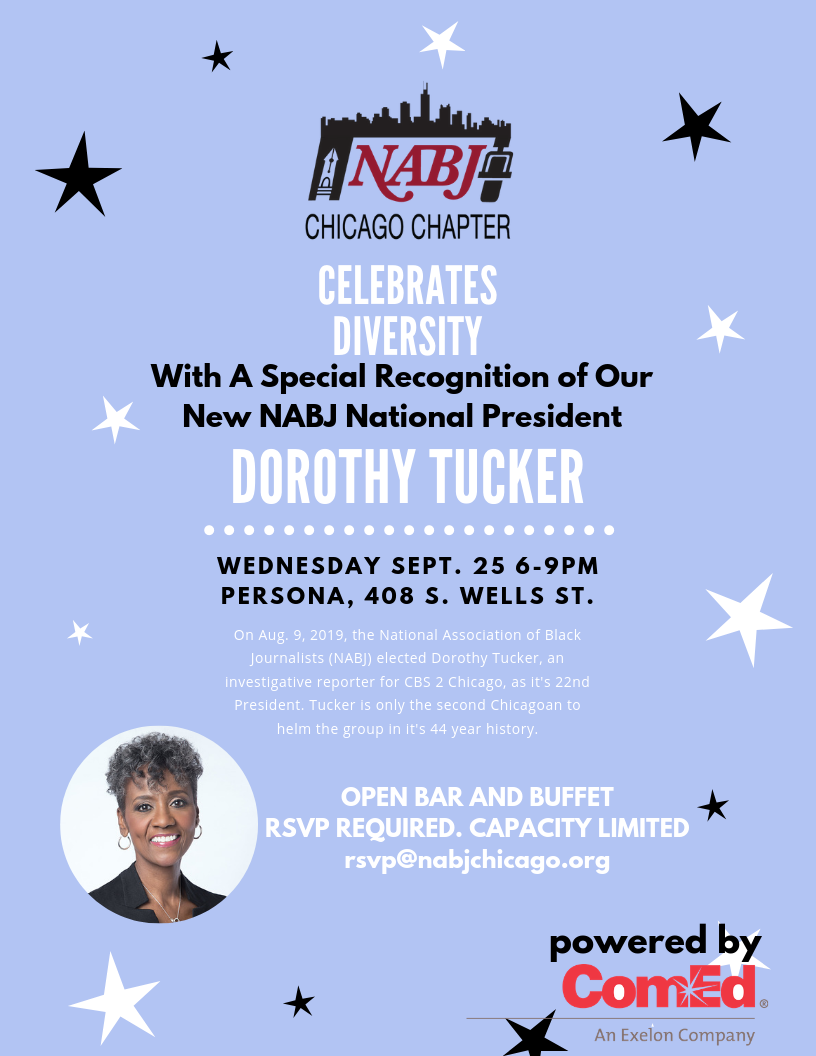 Election of Tucker, longtime Board Member of NABJ-Chicago, represents only the second time the position will be held by a Chicago native — the last time being 1977-79, when NABJ Co-Founder Vernon Jarrett steered the national organization.

NABJ’s 2018 Chapter of the Year brings you a #ChicagoProud celebration of diversity and NABJ’s exciting new leadership! Stay Tuned!