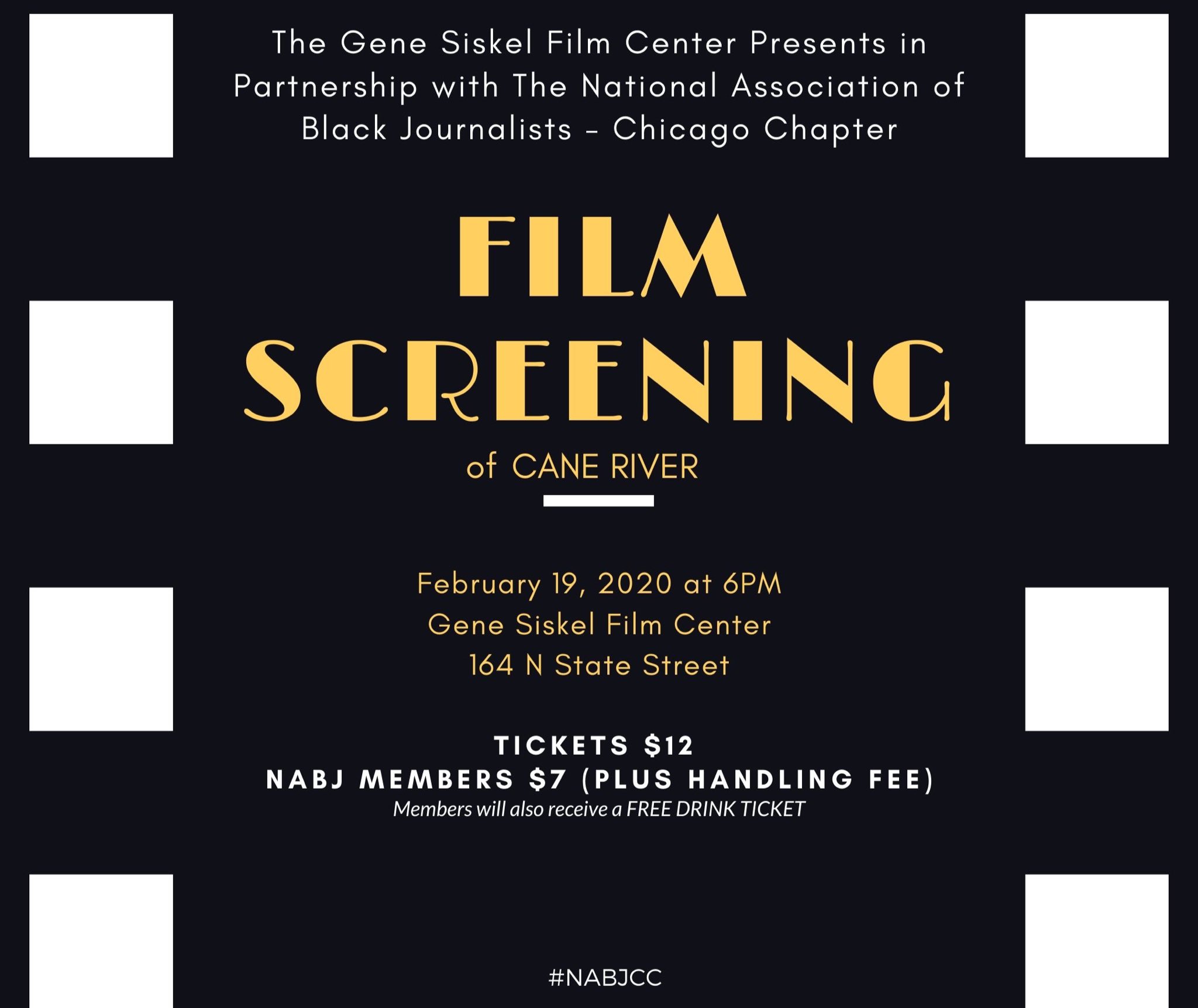 Our friends at the Gene Siskel Film Center are presenting the Chicago premiere of CANE RIVER in a new restoration Feb. 14-20.

Unseen for over 35 years, the mature and soulful romance CANE RIVER was considered lost until the discovery of a 35mm negative that led to its recent recognition as a a classic of Black cinema.

NABJ Members will receive a complimentary beverage at the time of the discussion. Apply the discount GSFCPARTNER online or in-person at the box office and pay $7 (plus $1.50 online service charge per ticket) instead of $12.

Join us for a night at the theatre! http://www.siskelfilmcenter.org/cane-river.