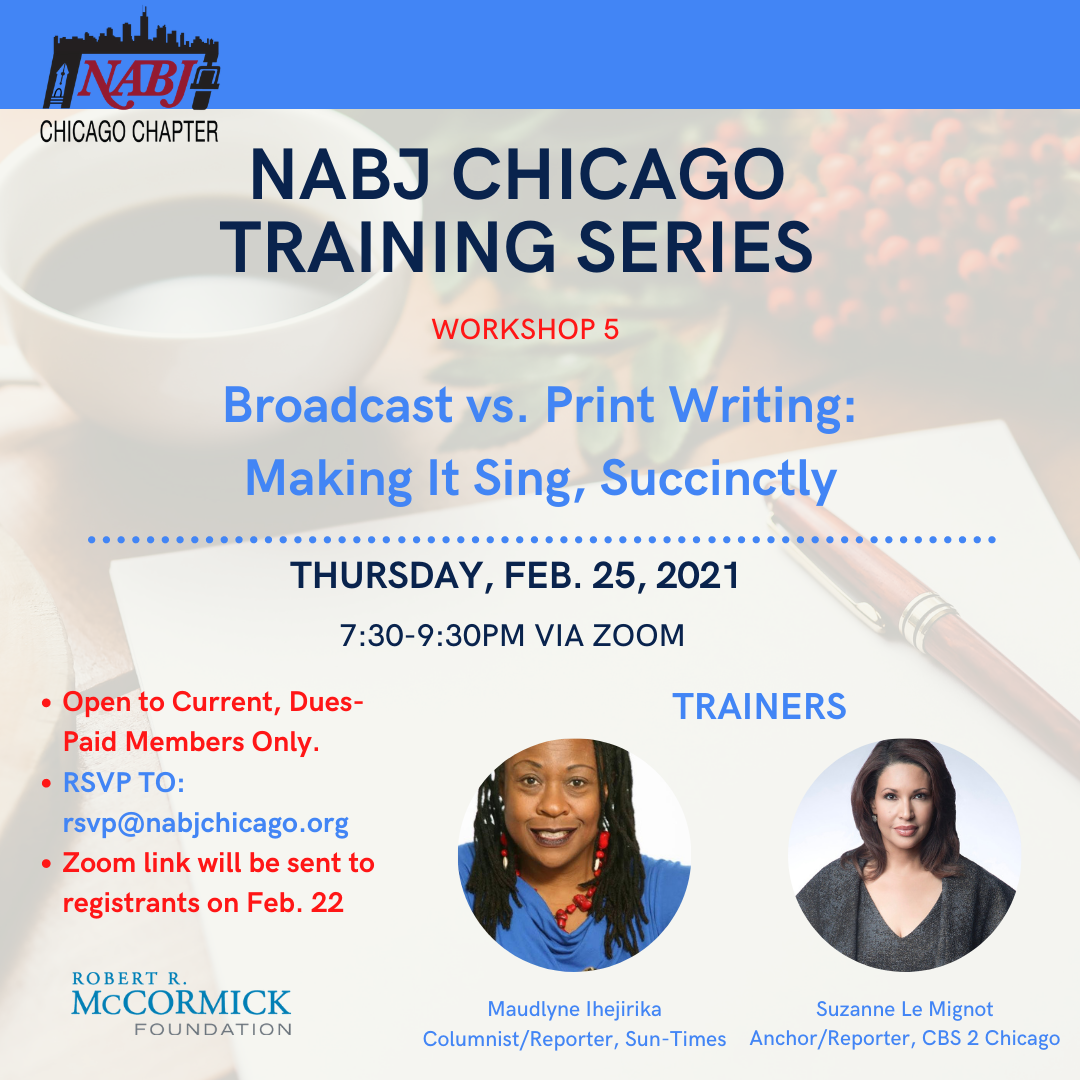 About Broadcast vs. Print Writing

This workshop will hone understanding of the difference between writing for print and writing for broadcast. Broadcast news is written for the ear. Print news is written for the eyes. Broadcast news is about presentation — sharp, clear, concise language to capture attention quickly and not lose an audience. Print news is about writing style — capturing attention quickly, yes, but then story building, through grammar, word choice and structured distribution of information.

Maudlyne Ihejirika, is an urban affairs reporter at the Chicago Sun-Times, who pens its “Chicago Chronicles” column on issues impacting Black and Brown communities. President of NABJ-Chicago and the Chicago Journalists Association, she was inducted into the Hall of Fame at Northwestern University Medill School of Journalism in 2020, and the Hall of Fame at University of Iowa School of Journalism & Mass Communication in 2018. She is author of “Escape From Nigeria: A Memoir of Faith, Love and War” (2016, Africa World Press), and holds an honorary Doctorate of Humane Letters from Saint Xavier University. Her numerous awards include the Studs Terkel Award and several Peter Lisagor and NABJ Salute to Excellence Awards.

Suzanne Le Mignot, is a weekend news morning anchor and weekday reporter at CBS 2 Chicago, joining the station full-time in 1999, after working as a freelancer there since 1995. She previously spent five years as a anchor/reporter at radio stations including WBBM-AM Newsradio 790, WGN-AM and WTMJ-AM in Milwaukee, and worked as a TV news anchor/reporter in Belgrade, Yugoslavia. She began her career at WUSF-TV in Tampa, Fl. She is recipient of numerous awards, including several local and national Emmys and Peter Lisagor Awards, A Sarah Brown Boyden Award, and other prestigious honors from groups including Associated Press, Chicago Bar Association and the National Civil Rights Library.