On Wednesday, Feb. 19, members were treated to “NABJ Night At The Movies,” invited by the Gene Siskel Film Center to the premiere of the newly restored “CANE RIVER,” at the lauded film center at 164 N. State St.

Unseen for 40 years, this lyrical, visionary film by Emmy-winning documentarian Horace Jenkins disappeared for decades after he died suddenly following the film’s completion. Crafted by an entirely African-American cast and crew, it was considered lost until the discovery of a 35mm negative that led to its recent recognition as a Black classic. 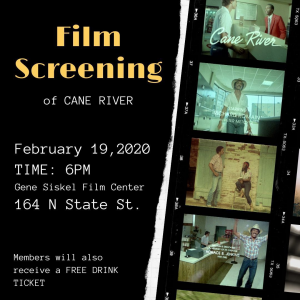 Members got to hear afterward from Film Critic/Black Harvest Film Festival Consultant Sergio Mims, who was “In Conversation” with “CANE RIVER” Producer Pemon Rami.  Members got a discounted $7 entry and a complimentary drink ticket!

That event was followed by a partnership with Lifeline Theatre in its adaptation of “Middle Passage, the extraordinary story of an illegal American slave ship by Author and longtime NABJ Member Charles Johnson, which won the National Book Award for Fiction. 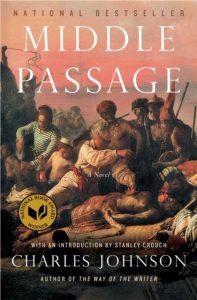 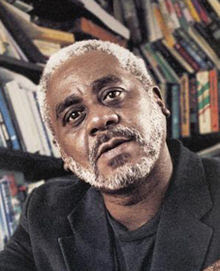 This year is the 30th anniversary of the book, and the play runs February-April 2020 at the theater at 6912 N. Glenwood Ave. NABJCC was treated to a free talk with Johnson, an Evanston native, on Saturday, Feb. 29, at Fleetwood-Jourdain Community Center in Evanston.Johnson, a former Chicago Tribune cartoonist, National Book Award winner, MacArthur Foundation Fellow and University of Washington Professor Emeritus, was interviewed about his writing, his art and his Evanston roots.

Black History Month is always a celebration at NABJ-Chicago!