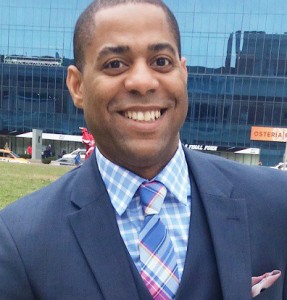 Exavier Pope, an active member of NABJ Chicago, was elected treasurer of the NABJ Sports Task Force at the 2015 conference in Minneapolis. Exavier, an attorney and sports legal and business analyst, is in demand with major news networks for his keen perspective. He has appeared on NBC, NBC Sports, CBS Sports, ESPN, Headline News and Fox.

Exavier is a sports and entertainment attorney. He is the principal of The Pope Firm, which represents clients affiliated with a variety of media outlets, as well as the NBA and NFL.

The NABJ Sports Task Force is among the organization’s most active and visible task forces, with more than 200 members that include top name sports media personalities.