The State of NABJ: A Message From the President - National Association of Black Journalists-Chicago Chapter
12402
post-template-default,single,single-post,postid-12402,single-format-standard,mkd-core-1.0.4,tribe-no-js,ajax_fade,page_not_loaded,,mkd-theme-ver-1.11,vertical_menu_enabled, vertical_menu_width_290,smooth_scroll,wpb-js-composer js-comp-ver-5.5.2,vc_responsive

The State of NABJ: A Message From the President 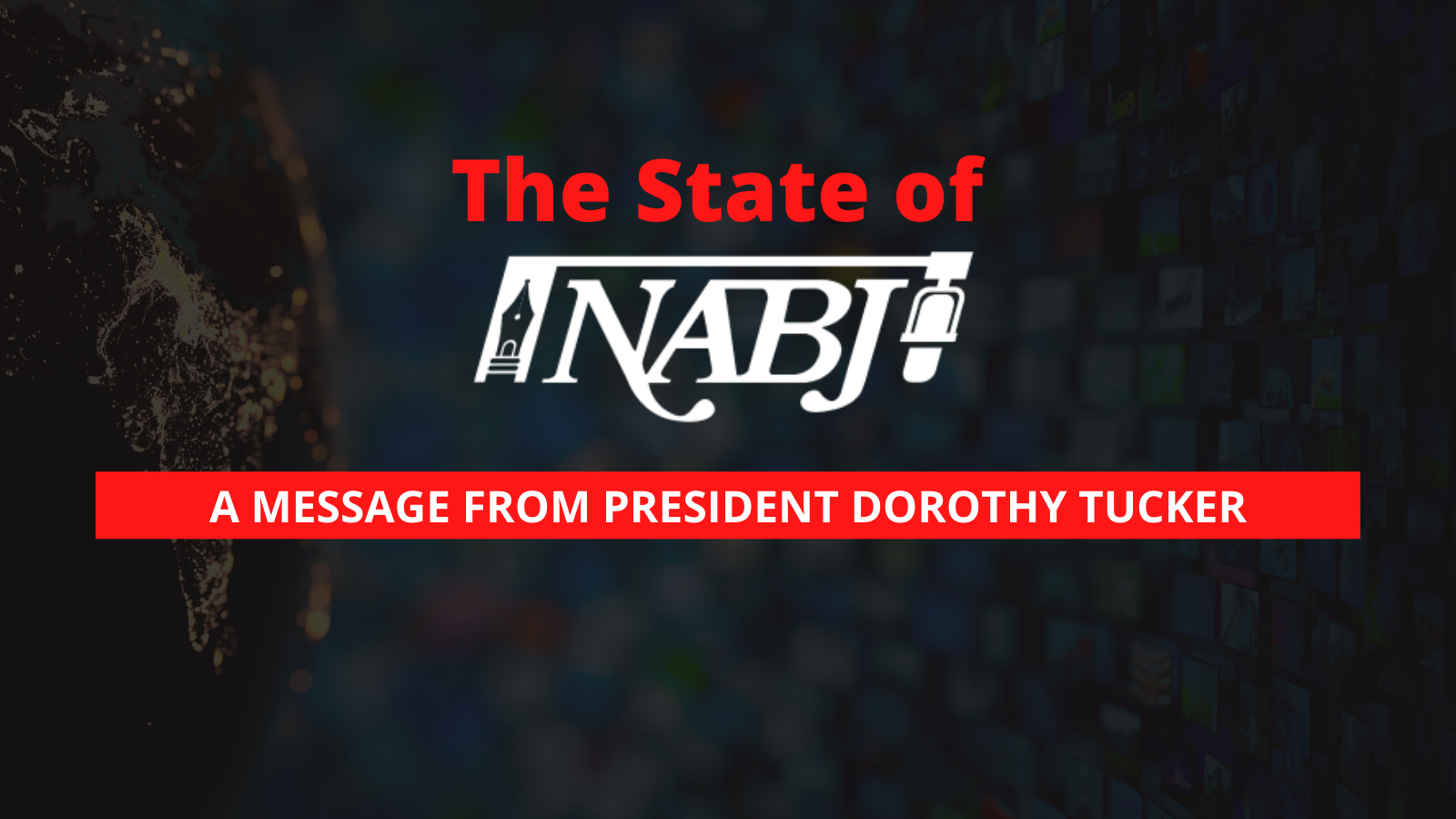 The State of NABJ: A Message From the President

Amid COVID-19 challenges, together we are successfully navigating through the very choppy waters of uncertainty. Through it all, the state of NABJ is not just strong, but extremely strong. It is clear that the commitment to NABJ from you, our members, and our partners is unwavering. So much so, that we are on track to launch a new news operation this year while reinvesting more than $1.2 million back to our members, NOT including what we invest in our year-round training activities at conventions, regional conferences, institutes, and webinars. Our reinvestment commitment to our membership is at an unprecedented level. However, let’s start with details of our new news operation and other areas of impact.

Here are the specifics of our reinvestments, as we are on track for more than $1.2 million in cash and value going back to our members in 2020 and 2021.

Note: We want more members to apply or encourage others who need assistance to apply for these opportunities as we continue to roll them out. We are not done! Stay tuned!

Members on all databases receive information about the latest jobs and are connected to members/companies looking to hire. In June, managers will have direct access to databases to increase hiring opportunities. We will share more information soon with database members.

ADVOCATING FOR YOU (A Small Sample of Our Activities)

Below is just a sample of the results we have seen as a result of our strong role in advocating for our members. The reawakening of social justice awareness in America and our newsrooms, fueled by the George Floyd tragedy, and further ramped up by NABJ and other advocacy groups, is resulting in earned elevations for our members while rooting out those who stand in the way of diversity, equity and inclusion.

We’ve already offered 19 webinars in the first months of 2021 and offered 30 plus in 2020, all aimed at educating and empowering our members, providing industry insights/tools, and helping them cope with the pandemic and other concerns. Topics included:

We hosted the following activities focused on the needs of our members.

We are building on the successful conference last year, which saw 3,713 attendees! We are virtual for our convention again this year.

NABJ family, we continue to work for you!

Yes, today, NABJ is even stronger and because of your engagement, we are making a greater impact. Stay safe and be well!