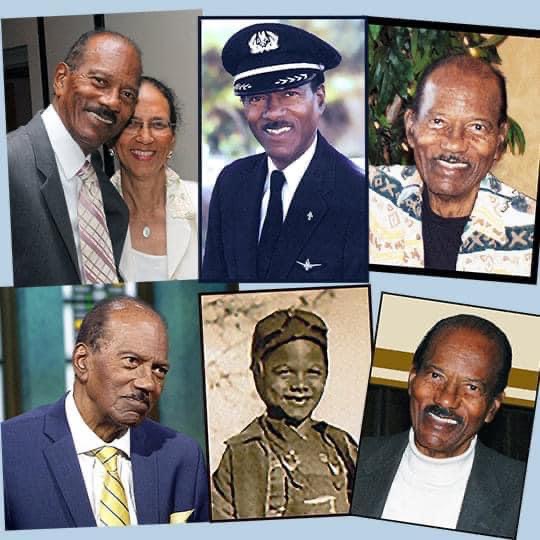 NBC5’s Jim Tilmon, the nation’s first Black TV weatherman, was a trained meteorologist and a commercial airline pilot.  Jim was a captain for American Airlines, and the third black pilot hired by a major air carrier. As an aviation expert, he was often asked to provide commentary on recent aviation disasters. He was regularly featured on NBC Chicago, CNN and MSNBC in the aftermath of those events.

Tilmon was a founding member of the National Association of Black Journalists (NABJ), an organization with over 4,000 active members. He was recruited by legendary Journalists and NABJ Founders Vernon Jarrett and Max Robinson. In fact, his wife was Jarrett’s cousin. 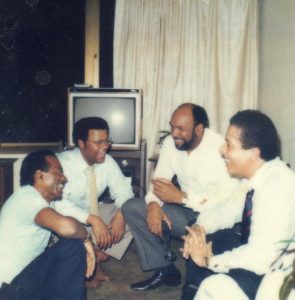 Joan Tilmon says her husband passed away following colon surgery at a hospital in Scottsdale, Arizona. She wanted to share a message to everyone who prayed so very intently for Jim to return to health.

“I do not have enough words of gratitude. My heart aches that he was not able to recover and that he left his earthly life. I miss him more than I can describe. But it gives me comfort imagining him happily flying an airplane, or playing his favorite clarinet concerto, or engaging in thought-provoking conversations about the power of belief,” his wife said.

“Not knowing exactly what life is like in a non-physical, spiritual realm, I believe he now has none of the concerns having a human body presented, and he is totally carefree and happy. Jim is completely fine now, and given enough time, I believe I will be too. The concern and support so very many people have shown me has been enormously helpful and comforting. Thank you all.”

Tuskegee NEXT began in 2015 and is a 501(c)(3) foundation. Its Mission: Honoring the legacy of the Tuskegee Airmen. Tuskegee NEXT seeks to transform the lives of at-risk youth through aviation education and career path opportunities, so they can transform their communities.  For more information about this great program, visit their website at https://www.tuskegeenext.org/ Or learn more on their Facebook page https://www.facebook.com/Tuskegeenext/?ref=page_internal.

Their training program takes place at DuPage Airport just west of Chicago. During training, these young people also learn, las Jim Tilmon did throughout his life, that it is more than okay to have a dream and believe it can be achieved. Tuskegee NEXT is well on its way to making a difference in the lives of many Chicago area young people.

Then, in Jim’s name, please consider offering your support through a donation https://www.tuskegeenext.org/donate.

Jim was a pioneer who lived his dreams. An award-winning meteorologist, an accomplished airline pilot and aviation expert, Jim was a role model to so many young people that it is fitting that his family chose to honor his legacy in this way. His dreams will live on in the hearts of the young people touched by this worthy program.

On a personal note, I attended a Tuskegee Airmen’s Banquet in Chicago where Jim was the emcee and the keynote speaker was Percy Sutton, who was the famed owner of the Apollo Theater but also one of the legendary Tuskegee Airmen.

Sutton said to his audience, “When I flew as a Tuskegee Airman during the war, we prayed that a young Jim Tilmon would not only learn to fly but be a commercial airline captain.” He said to the banquet audience, “Tilmon is the answer to our dreams. God bless you, Jim.” Jim simply smiled and quietly said, ‘Thank you.’