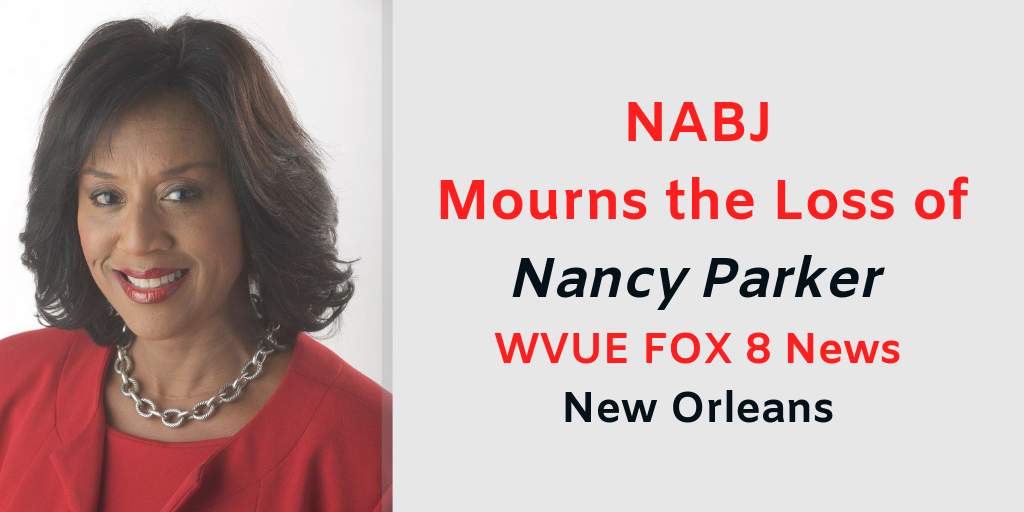 Beloved by her community, Parker, 53, served as an anchor on daily newscasts at FOX 8 for more than 20 years. She passed in a small plane crash while working on a story in New Orleans East on Friday afternoon. The plane’s pilot also passed.

“NABJ sends heartfelt condolences and prayers to the family, friends and colleagues of Nancy Parker,” said NABJ President Dorothy Tucker. “Nancy was an important voice for the community and was dedicated to the craft of journalism. She was passionate about telling impactful stories, and we extend open arms of support to those who knew and loved her.”

A native of Opelika, Alabama, Parker received her bachelor’s degree in journalism from the University of Alabama in Tuscaloosa. She had been a resident of New Orleans since 1996 and was a loving wife and mother of three children.

“Tonight, I spoke with journalists in tears. They managed to tell me how Nancy Parker welcomed them and mentored them with a mother’s love,” said Ken Lemon, NABJ Vice President-Broadcast. “Nancy Parker’s enthusiasm for storytelling was evident in her work. Today was no different. She was looking forward to sharing a story that would help to promote the importance of a drug-free lifestyle. She was a journalist who knew the value of helping younger journalists excel and she displayed a nurturing spirit.”

“The entire NABJ family is heartbroken over the death of our colleague Nancy Parker,” said Carter. “We join Nancy’s family, the FOX 8 family and all of New Orleans in grieving over her tragic and untimely death. Region III and NABJ stands ready to help the family with anything they may need.”

Lance Washington, President of the New Orleans Association of Black Journalists, added: “The New Orleans community has lost a great journalist and friend. Nancy was a great storyteller and put passion in all of her stories. She was a great person, wife, mother, and friend and will be missed by all in New Orleans.

“I was always struck by her competence as a reporter/storyteller combined with her grace and charm,” said Bell. “The fact that she chalked up five Emmy awards during her storied career in local TV news convinces me I was correct in that early assessment. New Orleans TV viewers and its journalistic community have suffered a great loss, as the outpourings of expressions near and far can already attest.”