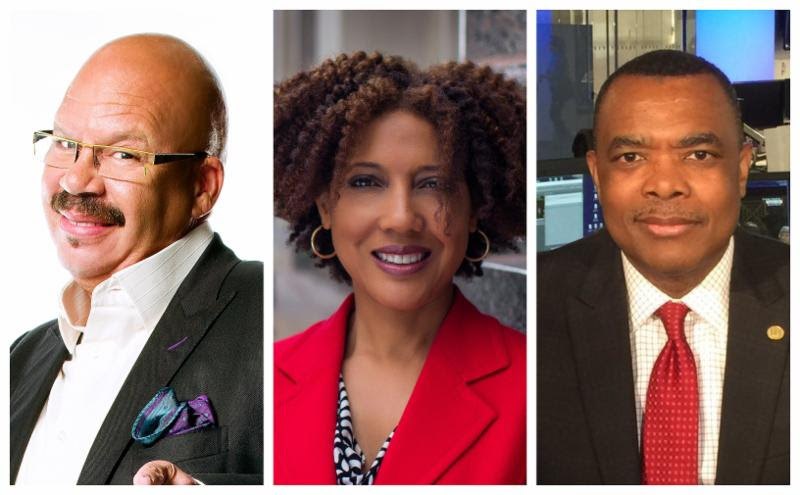 “I’m excited to appoint Tom Joyner, Kathy Times and John Yearwood as #NABJ19 Convention honorary chairs. They embody the undeniable spirit of Miami and will aid NABJ in setting the stage for a powerful convention experience that will be one for the record books,” said President Glover.

Joyner is one of the most recognized media icons of today and is the host of the nationally syndicated radio program “The Tom Joyner Morning Show,” which empowers, educates and entertains nearly eight million listeners each week in more than 105 cities nationwide.

“I am honored to join NABJ at this year’s convention and career fair here in Miami,” said Joyner. “Throughout my career as a DJ, I have also considered myself a broadcast journalist. For the past 25 years, my radio show has been at the center of telling stories for and about black people. Ever since NABJ was formed nearly 44 years ago, I’ve supported the organization and join in to ‘fight the power’ to lift and support the roles of journalists at a time when we need to make sure our voices are heard.”

Also joining Joyner as honorary chairs are two award-winning journalists who have made significant contributions to NABJ and also have Miami roots – Kathy Y. Times and John Yearwood.

“Each of our honorary chairs represents the valuable contributions that black journalists and communicators have made around the world,” said President Glover. “We are excited about the attributes and passion that each honorary chair will bring to the success of our convention and career fair.”

From 2009-2011, Times served as president of NABJ. During her tenure, she led initiatives to grow organizational revenue and enhance programming during the Great Recession, which impacted thousands of journalists across the nation.

In the fall of 2016, she accepted an appointment as the chief communications officer of her alma mater, Florida A&M University (FAMU), and also serves as president of Yellow Brick Media Concepts, a public relations firm.

Prior to starting Yellow Brick Media, she was a primary news anchor in Jackson, Mississippi, and spent more than 20 years working as a broadcast and newspaper journalist. She has won numerous honors and awards, including Emmys and an Edward R. Murrow Award for her investigative reporting on system failures and corruption.

Both the FAMU School of Journalism & Graphic Communication and FAMU National Alumni Association honored her with Distinguished Alumni Awards. As an example of her versatility and passion for inspiring others, she is the co-author of the digital branding e-book, “How To Wow One or 1,000 for College Students.”

“Thank you, President Glover, for inviting me to serve as an honorary convention co-chair alongside such renowned media professionals,” said Times. “I am delighted to welcome my NABJ family back to my hometown. Throughout our history, time in a Miami newsroom has often catapulted the careers of many of NABJ’s most distinguished journalists. They are trailblazers in our nation’s leading news organizations. I look forward to celebrating our rich legacy in one of America’s most diverse and amazing cities.”

Yearwood served as a co-leader alongside President Glover during last year’s historic NABJ Reporting Mission to Asia, a first-of-its-kind initiative, in which the delegation reported from China on trade, reform, poverty alleviation and innovation. He has been a member of NABJ for more than 30 years, serving as a chapter president and a two-term treasurer of the national board.

An award-winning multimedia journalist, Yearwood is president and CEO of Yearwood Media, a global media consultancy. He also serves on the executive board of the Austria-based International Press Institute, the oldest press freedom organization in the world. Previously, he served for almost 13 years as the Miami Herald’s World Editor.

Under his leadership, the World Desk won two McClatchy Company President’s Awards and the Arthur Ross Award for best coverage of Latin America. His direction of the Herald’s Haiti earthquake coverage contributed to the newspaper being named a finalist for the 2011 Pulitzer Prize in Breaking News.

Yearwood is the recipient of the 2017 NABJ Achievers Award, the 2018 Black Owned Media Alliance’s Luminary of the Year Award and the 2018 India-U.S. Chamber’s Excellence in Journalism Award.

“I’m deeply honored to be selected as an honorary chair of the 2019 NABJ Convention in Miami,” said Yearwood. “I’m excited about working with NABJ staff, members and sponsors to make this convention the organization’s best yet.”

To register and for more information about the 2019 NABJ Convention and Career Fair, held Aug. 7-11, 2019, visit www.nabjconvention.com.