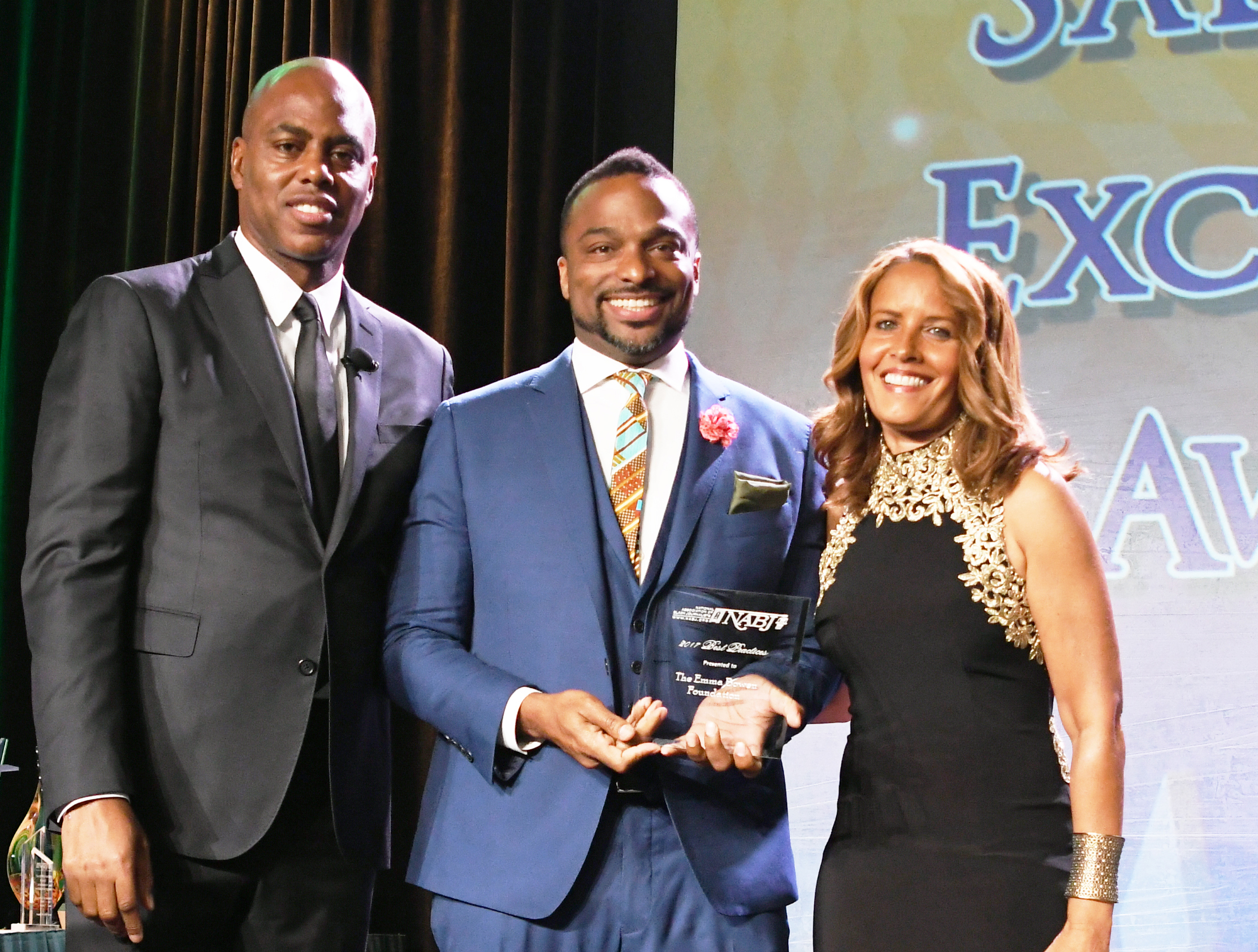 WASHINGTON, D.C. (Sept. 1, 2017) -The National Association of Black Journalists (NABJ) is proud to announce the Emma Bowen Foundation for Minority Interests in Media is the recipient of the Association’s 2017 Best Practices Award.

“Each year NABJ seeks to recognize a news organization for its exemplary work in either covering issues of great significance to the black community or for efforts at increasing diversity in newsrooms. This year we are delighted to honor the Emma Bowen Foundation with the 2017 NABJ Best Practices Award,” said NABJ President Sarah Glover. “We believe the Emma Bowen Foundation has proven itself a leader in ensuring diversity in the newsroom by its nearly 30-year old internship program that connects students of color to valuable opportunities in newsrooms across the country.”
Founded in 1989, the Emma Bowen Foundation connects promising students of color to internships and advocates for best practices in hiring, retention, and advancement in the media and technology industries. During its 27-year history, the Foundation has provided paid internships for almost 800 students of color. Over 74% of alumni pursue careers in the media and technology fields in roles ranging from account executives, engineers, on air-reporters, and include Emmy and Peabody award winners.
Upon receiving the award, the President and CEO of the Emma Brown Foundation, Rahsaan Harris, Ph.D. said, “It is particularly humbling to be honored by the NABJ because we share a common purpose: to ensure diverse voices inform how news is created and disseminated.”
Emma Bowen alumni include Ninja Kuykendall of Warner Bros. Pictures, Rodney Hawkins of CBS News, Rochelle Oliver of The New York Times, Gio Benitez of ABC News, Nefertiti Jaquez of WSB-TV and Kerwin Speight of NABJ. This year’s award was given at NABJ’s Hall of Fame Luncheon during its Annual Convention and Career Fair in New Orleans, Louisiana.